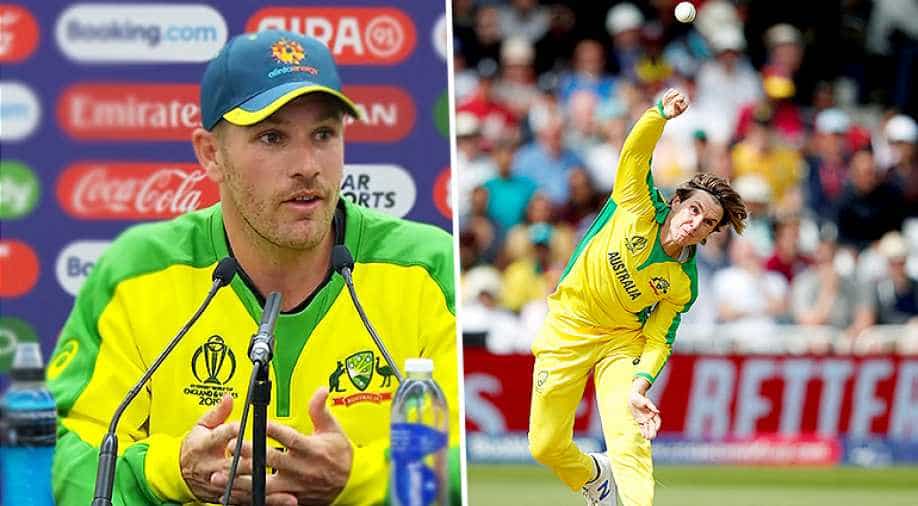 Zampa was pictured during the India match putting his hand into his pocket and then rubbing the ball several times.

Australian captain Aaron Finch had to defuse a potential controversy after Australia spinner Adam Zampa faced allegations of ball- tampering after India beat Australia by 36 runs at the Oval in London.

Zampa was pictured during the India match putting his hand into his pocket and then rubbing the ball several times.

The incident came just a year after Australia stars Warner and Steve Smith, as well as team-mate Cameron Bancroft were banned for their roles in a ball-tampering scheme during a Test in South Africa.

On this occasion, Finch insisted Zampa was using hand-warmers he had put in his pocket, as he apparently does for every match.

"I haven't seen the photos, so I can't comment on them. I know for a fact he has hand warmers in his pocket. He has them in every single game he plays," Finch said.

Adam Zampa was reprimanded earlier by the International Cricket Council(ICC) for using an "audible obscenity" in Australia's battling 15-run World Cup win over the West Indies.

When a player reaches four or more demerit points within a 24-month period, they are converted into suspension points and a player is banned.

Meanwhile, India captain Virat Kohli insisted it was "not acceptable" for his side's fans to boo Steve Smith during the team's World Cup victory over Australia in London on Sunday.

Both Smith and fellow Australia batsman David Warner have been on the receiving end of jeers from opposition fans at the World Cup following their return to the international arena after serving year-long bans for their respective roles during a ball-tampering scandal in South Africa.