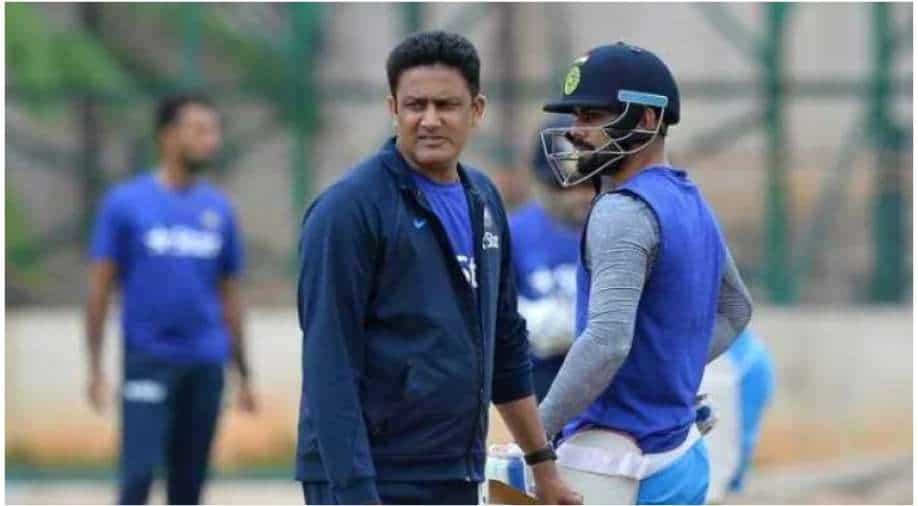 In his book Not Just a Nightwatchman, former Auditor General (CAG) Vinod Rai has revealed that former captain Virat Kohli had stated that “young members of the Indian team felt intimidated by Anil Kumble”.

Anil Kumble served as Team India's head coach for a year, from early 2016 to mid-2017. While he had a successful run as the head coach of the senior men's team, his tenure ended unceremoniously following his infamous fallout with then captain Virat Kohli.

As a result, Kumble's tenure came to an end after India's massive 2017 Champions Trophy final loss, to Pakistan, and the former leg-spinner was replaced by Ravi Shastri at the top job. A lot has been said and written about Kohli's relationship with Kumble and how the two created differences, which led to the ouster of the latter.

In his book Not Just a Nightwatchman, former Auditor General (CAG) Vinod Rai has revealed that Kohli had stated that “young members of the Indian team felt intimidated by Kumble”. While Rai maintained that the relationship between Kohli and Kumble was quite strained and going downhill, things could've been handled in a much better way than how it finally turned out to be.

"In my conversations with the captain and team management, it was conveyed that Kumble was too much of a disciplinarian and hence the team members were not too happy with him. I had spoken to Virat Kohli on the issue and he did mention that the younger members of the team felt intimidated by the way he worked with them,” Rai has written in his book.

ALSO READ | Virat Kohli was unhappy with Anil Kumble for 'not standing up for players', claims former BCCI official

“We had long conversations with Kumble after he had returned from the UK. He was obviously upset about the manner in which the entire episode had panned out. He felt he had been unfairly treated and a captain or team should not be given so much importance. It was the duty of the coach to bring discipline and professionalism into the team and as a senior, his views should have been respected by the players,” Rai further wrote.

“They felt that the differences were fairly severe and maybe it was only the CAC that would be best suited to have a thorough discussion with both of them. Soon, the CAC met in London and interacted with the two separately, in a bid to resolve the issue. After deliberations over three days, they decided to recommend Kumble’s reappointment as the head coach,” Rai pointed out in his book.

The Kohli-Kumble partnership was short-lived, however, the duo enjoyed a dream run as captain-coach for a year. During Kumble's coaching period, India were unbeaten at home -- in four back-to-back Test series -- whereas they also reached the summit clash of the 2017 Champions Trophy, in England and Wales.

After Kumble's departure, Shastri took over as the head coach and formed a lethal pair with Kohli till 2021 end.