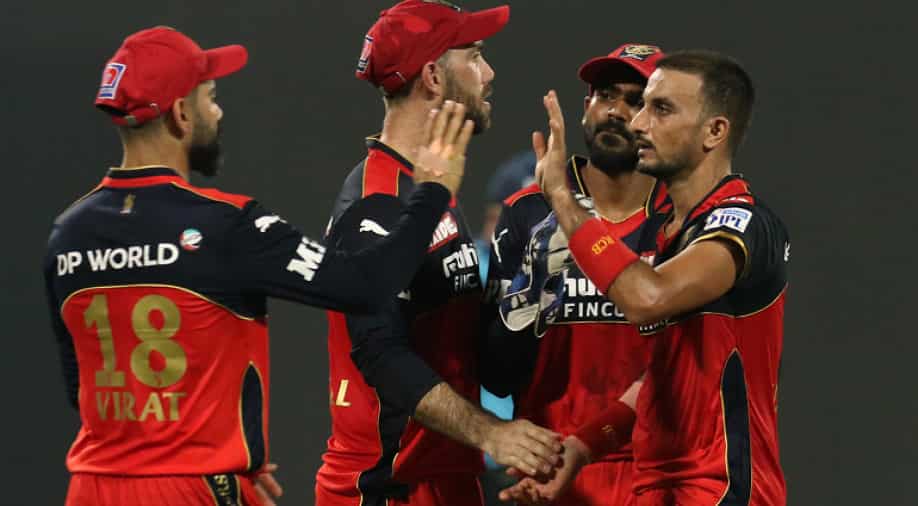 Former England captain Kevin Pietersen has lashed out at RCB after their disappointing defeat against Chennai Super Kings in IPL 2021 on Friday.

Former England captain Kevin Pietersen has slammed Royal Challengers Bangalore (RCB) after their disappointing show against Chennai Super Kings (CSK) in the Indian Premier League (IPL) 2021 on Friday. RCB suffered their second straight loss of the UAE leg as they endured a six-wicket defeat against MS Dhoni's CSK at the Sharjah Stadium in Sharjah.

RCB had lost their first game of the UAE leg by nine wickets against Kolkata Knight Riders (KKR) earlier this week. Pietersen feels RCB were in a strong position in the game against CSK and should not have lost from that position. He said it's a huge issue for Virat Kohli & Co. if they keep losing matches from good positions.

"You can gain momentum through winning and then you can gain momentum through losing as well. If you are going to get hammered like they were against KKR and now you are going to lose a game from being in a very good position then there is a problem. They were 111 for no loss but lost the game, that's an issue," Pietersen said on Star Sports after CSK's win over RCB on Friday.

After being asked to bat first, RCB got off to a brilliant start as openers Kohli (53) and Devdutt Padikkal (70) notched up half-centuries apiece to post an opening stand of 111 runs. However, RCB's middle-order failed to capitalise and stumbled as CSK restricted Kohli & Co. on 156/6 in 20 overs.

In reply, CSK chased down the target comfortably with eleven balls to spare, riding on crucial knocks from Ruturaj Gaikwad (38), Faf du Plessis (31) and Ambati Rayudu (32) to move to the top spot on the points table. Barring Yuzvendra Chahal and Harshal Patel none of the RCB bowlers managed to impress in what was a disappointing outing for Kohli's men.

Pietersen said RCB bowlers need to step up as they have become over-reliant on spinner Yuzvendra Chahal, who can't deliver on every single occasion.

"There are bowling issues too. We keep saying it, who is the Chahal can't continue to do it. I know he gets wickets for RCB but you cannot say to him that you've got to do it every match. Somebody else has to stand up. One of the seamers have to stand up," said the former England skipper, who is working as a commentator in IPL 2021.