Yearender: Sportspersons who made 'India proud' in 2017 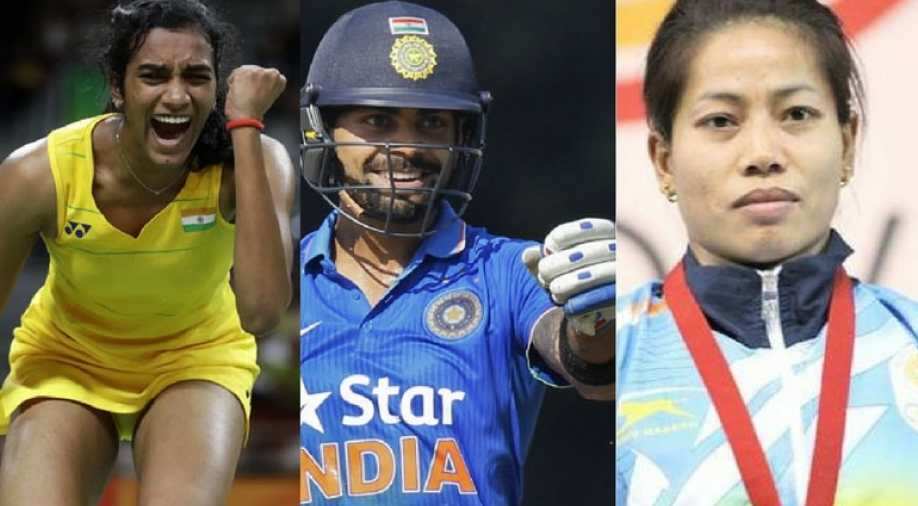 From Cricket to Wrestling, India was dominant in every sport and tournament this year. Photograph:( Zee News Network )

With 2017 coming to an end, let's look back at the 10 most precious moments where Indian sportspersons made the country proud and captured the hearts and minds of the people.

Following their 5-wicket victory against Australia in September this year, India surged to the top of the International Cricket Council's (ICC) official rankings. Virat Kohli's troops became the first ever Indian team to reach the number one position in both Test and ODI rankings since the ICC team rankings began in 2002.

On November 30, Saikhom Mirabai Chanu became the first Indian in over two decades to win a gold medal at the World weightlifting championships. Chanu lifted 85kg in snatch and 109kg in clean and jerk, to total an impressive 194 kg, in the women’s 48kg, in the process of setting a new national record. She is only second Indian weightlifter after Olympic bronze medallist Karnam Malleswari to achieve this feat. Karnam had won the top prize in the Worlds twice in 1994 and 1995.

Indian Women’s Hockey team won the 2017 Asia Cup hockey title In November. India defeated China by 5-4 goals in a penalty shootout in the final match held in Japan. With this victory, India qualified for the 2018 World Cup. It was India’s second Women’s Asia Cup title. The first one was won in 2004.

Sushil Kumar secured a gold medal at the Commonwealth Wrestling Championships in Johannesburg, South Africa in December 2017. The Double Olympic medalist returned to international wrestling after a gap of almost three years. The Indian wrestler defeated New Zealand's Akash Khullar in the final of the men's 74-kilogram freestyle category. It was Sushil’s first international medal since his gold medal in the 2014 Commonwealth Games in Glasgow.

In November, Gopi Thonakal clinched gold to become the first Indian man to win Asian Marathon Championships in Dongguan. Gopi clocked 2 hours 15 minutes and 48 seconds to grab the medal in the 16th edition of the event. After formation of separate Asian Marathon Championships, Gopi became the first Indian man to win the title. Earlier, Asha Agarwal won the women's title when it was part of the biennial Asian Track and Field Championships.

The Indian men’s and women’s kabaddi teams were both crowned the champions of Asia after beating Pakistan and South Korea in Gorgan, Iran, in November. Star raider Ajay Thakur led from the front in the men’s final, as India beat their arch-rivals Pakistan 36-22, winning the match by a comfortable 14-point margin. Meanwhile, the women’s team defeated South Korea 42-20 in their finals. At half-time, India had a seven-point lead at 19-12 before breaking away in the second, eventually winning by a 22-point margin.

This year in August, Indian Badminton player PV Sindhu settled with a silver medal at the World Badminton Championships. She lost the women’s singles final to Japan’s Nozomi Okuhara 19-21, 22-20, 20-22 in the final of the competition held at Glasgow, Scotland. The ace shuttler made a fine comeback after losing the first game to win the next two against Okuhara.