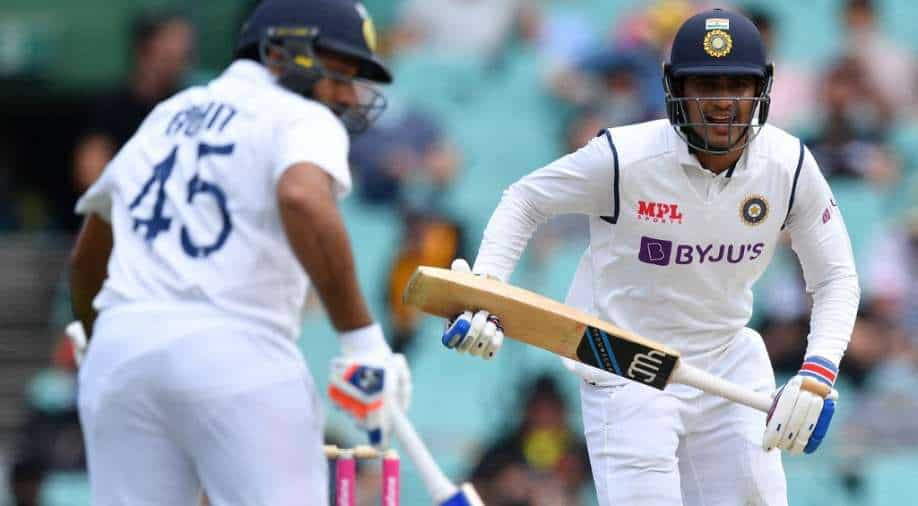 While the duo threw their wickets away after settling down in overcast conditions in Southampton against a world-class New Zealand pace attack, India’s batting coach Vikram Rathour lauded the Rohit and Gill for showing patience under challenging conditions but also showing intent to keep pushing the pressure back on the bowlers.

India enjoyed a fairly favourable Day 2 of the World Test Championship final at the Hampshire Bowl in Southampton on Saturday as the Virat Kohli-led outfit posted 146/3 amid disruptions due to bad light. Indian openers Rohit Sharma and Shubman Gill gave India a solid start as the duo posted an opening 62-run stand.

Rohit and Gill, both playing their first Test in England as Team India openers, were cautious and aggressive with their approach at the same time with the blend pushing New Zealand’s start with the ball on the back foot. While Trent Boult and Tim Southee were a bit awry in the first spell with the new ball, Rohit and Gill made sure to pounce on the bad deliveries and keep the scoreboard ticking at a brisk pace.

While the duo threw their wickets away after settling down in overcast conditions in Southampton against a world-class New Zealand pace attack, India’s batting coach Vikram Rathour lauded the Rohit and Gill for showing patience under challenging conditions but also showing intent to keep pushing the pressure back on the bowlers.

“They batted well. I would give a lot of credit to even Rohit and I think Gill, as well, because I think they started off really well. It was pretty challenging conditions when we started. It was a fresh wicket, we lost the toss, and it was overcast throughout the day. So credit to the batters. I thought they showed a lot of restraint, a lot of discipline, and I think we have ended it pretty well,” Rathour said at the post-day press conference after Day 2.

As you'd expect from two classy back foot players, India have punished anything too short today. On the back foot, Gill and Rohit have scored 27 runs from 30 deliveries. #WTCFinal

Rohit and Gill being naturally aggressive batters didn’t leave a chance to showcase their stroke-play as the duo played a few cracking strokes. While Rohit’s cover-drives and back-foot punch brought on cheers from the Southampton crowd, Gill’s pull shots left the crowd and millions of viewers in awe.

Rathour opined that they can take the attack away and put pressure on the bowling side due to their dominating style of batting.

“Yeah, of course, if they come good, they can take an attack away and really put pressure on the bowling side. They showed that today. Unfortunately, both of them got out after getting set, but one of the days I'm sure one of them is going to carry on, and that could be the day when we can have a really, really good start. You know, both of them playing the way they play can put a lot of pressure on the bowling side.” Rathour explained.