'Wouldn't complain about the pitch, it was good to bat on', says Mayank Agarwal after his maiden Test half-century 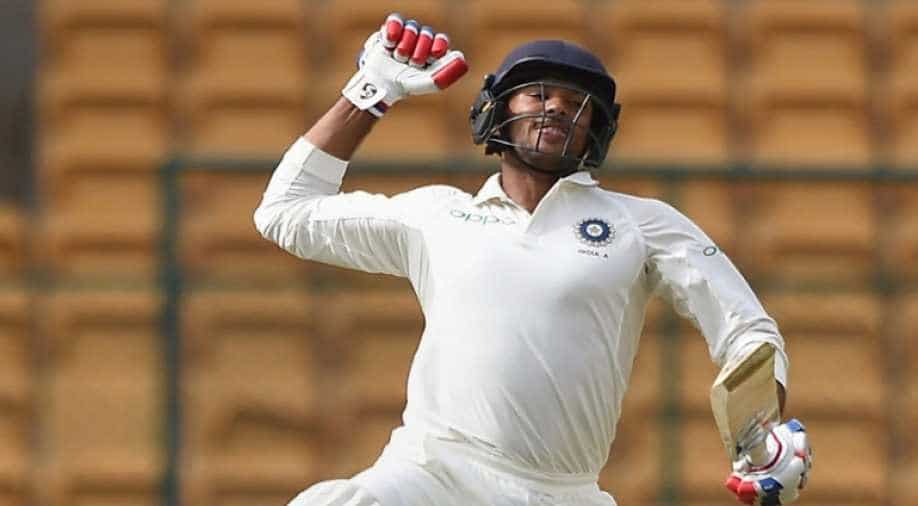 Opener Mayank enjoyed a stellar entry to test cricket, scoring 76 to record the highest ever innings by an India debutant on Australian soil before being dismissed on the last ball before tea.

Cheteshwar Pujara and Virat Kohli combined to frustrate Australia for an entire session as India held the whip-hand at 215 for two at the close of a grinding opening day of the third test on Wednesday.

Pujara raised his 21st test half-century to be 68 not out at stumps, with Kohli on 47 as Australia's bowlers endured a day of toil on a placid Melbourne Cricket Ground wicket after the India captain won the toss and elected to bat.

Opener Mayank Agarwal enjoyed a stellar entry to test cricket, scoring 76 to record the highest ever innings by an India debutant on Australian soil before being dismissed on the last ball before tea.

The Karnataka batsman eclipsed the 51 scored by Dattu Phadkar against Don Bradman's team in Sydney in 1947, raising his hand for a permanent role in the top order after replacing the out-of-form Murali Vijay.

"I wouldn't complain about the pitch, it was good to bat on," the 27-year-old told reporters.

"It did a little bit early on but then it was slow ... I am happy but obviously I would have liked more (runs)."

The Boxing Day crowd of 73,516 was a record attendance for a match featuring India in Australia and travelling fans from the subcontinent roared their applause as Kohli and Pujara combined for a 92-run stand and strode off unbeaten at stumps.

A day after Christmas festivities, home supporters were left flat, however, and the Australian bowlers frustrated by the drop-in pitch that offered very little movement in an echo of the wicket that produced a dull draw against England last year.

With the four-match series poised at 1-1, India's slow but disciplined accumulation left them well-placed to build a big total and tire Australia's bowlers in baking heat forecast for day two.

"We’ve been able to restrict them quite well with runs, we didn’t get the wickets we probably would have liked," said Australia batsman Travis Head.

"We’ve got to make sure we bowl the same way we did and things can change, I don’t think we’re far away."

Only Pat Cummins was rewarded for Australia, the paceman claiming the wicket of new opener Hanuma Vihari and ending Agarwal's 161-ball knock by having him glove a catch down the leg side.

Vihari, promoted to replace the out-of-sorts Lokesh Rahul, had a less successful debut as an opener, and was snared for eight off 66 balls by a rising delivery that pinged off his gloves before being caught by slips fielder Aaron Finch.

That was the sole highlight until the brink of tea for Tim Paine's side, with Agarwal and Pujara holding firm in an 83-run stand.

With the pitch doing little for the seamers, spinner Nathan Lyon was introduced in the eighth over of the morning but was also unable to conjure a breakthrough throughout.

Agarwal smashed two fours past the bowler after lunch, the second a glorious straight drive to raise his fifty off 95 balls.

He slog-swept Lyon for six after the drinks break before eventually falling to Cummins at 123 for two.

Kohli joined Pujara in the middle and feasted on the ageing ball, punching the ball to the fence with a trio of exquisite, wristy on-drives among his six fours.

Desperate for a wicket, Australia threw away a review for lbw when Lyon rapped Kohli's pads when the captain was on 32.

After the second new ball was taken, a more realistic chance went begging when Kohli, on 47, nicked a Mitchell Starc delivery only for wicketkeeper Paine to grass a low, one-handed chance.