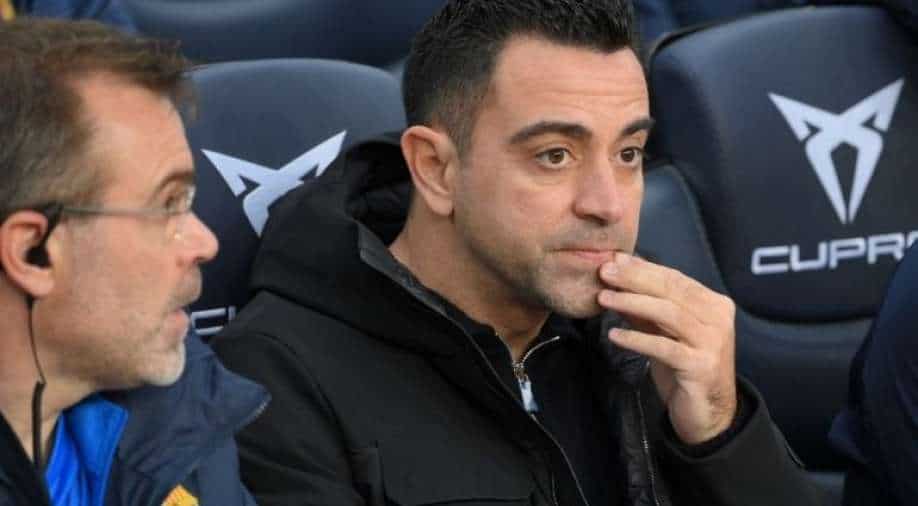 Barca's 3-0 defeat at Bayern Munich on Wednesday saw them exit the Champions League at the group stage for the first time in almost two decades and they are 16 points adrift of leaders Real Madrid in LaLiga.

Xavi Hernandez is worried about the performances of the team he once graced as a player and said on Saturday that they must reset to create a new Barcelona.

Barca's 3-0 defeat at Bayern Munich on Wednesday saw them exit the Champions League at the group stage for the first time in almost two decades and they are 16 points adrift of leaders Real Madrid in LaLiga.

Xavi told a news conference he was surprised when he arrived to find a "discouraged" dressing room and believes the problem is "more psychological than soccer.

"There is more quality here than it appears," he said.

"We need a general reset. I have the feeling that defeat is installed and it can't be like that. We need to ask for more commitment, be more demanding, more courageous, work more. We must create a new Barca."

Barcelona are preparing to visit mid-table Osasuna on Sunday as their former midfield great tries to get the Catalan club`s season back on track.

"I'm worried," added Xavi. "We have no option but to keep working hard, licking our wounds and getting back on track.

"Against Bayern I saw a Barcelona that is small (in stature) and we have to accept that. We are working to get Barca back to where we need to be."

After losing 1-0 at home to Real Betis last weekend, Barca are seventh in LaLiga, six points off the Champions League places.

They will have at least seven key players missing at Osasuna due to injury - Sergi Roberto, Jordi Alba, Pedri, Ansu Fati, Martin Braithwaite, Memphis Depay and Sergio Aguero - and once again will have to rely on young and inexperienced players.

"We have to think worst possible scenario and work so that doesn`t happen," Xavi said. "We have to stay positive and know that the club is going through a complicated situation on the sporting and economic sides."