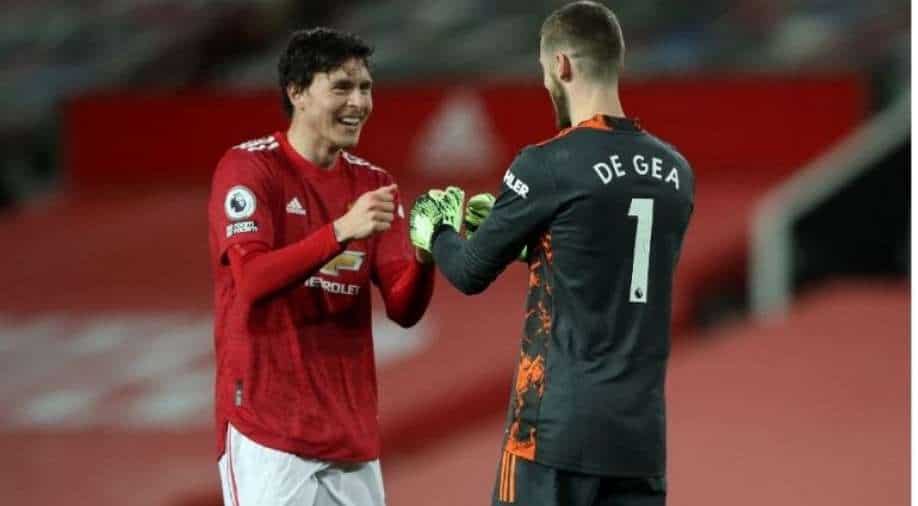 De Gea said the incident brought back memories of Denmark midfielder Eriksen suffering cardiac arrest on the pitch at the European Championship in June.

Defender Lindelof was substituted as a precaution shortly before Cristiano Ronaldo scored the winning penalty at Carrow Road, with United later saying that the signs were positive after the Sweden captain was checked by medical staff.

De Gea said the incident brought back memories of Denmark midfielder Eriksen suffering cardiac arrest on the pitch at the European Championship in June and Argentine Sergio Aguero feeling chest pain while playing for Barcelona in October.

"As soon as it was like difficult breathing, feeling strange the game doesn`t matter. First of all is life," De Gea told Sky Sports. "We saw some players who are feeling a bit, I don't know what was going on, but Victor was feeling his breathing.

"We saw already Eriksen, Aguero... so it`s sometimes a bit difficult to see your player acting like this, it was better to change. I hope he's completely fine."

"I suppose he had a collision with another player and couldn`t breathe. He had problems to breathe and his heart rate was higher than normal so we had to replace him," Rangnick said.

"We`ve had him checked and had some examinations done by the doctor. So far, everything seems to be okay but he still seems a little bit shocked. Hopefully he'll be fit to play the game on Tuesday against Brentford."