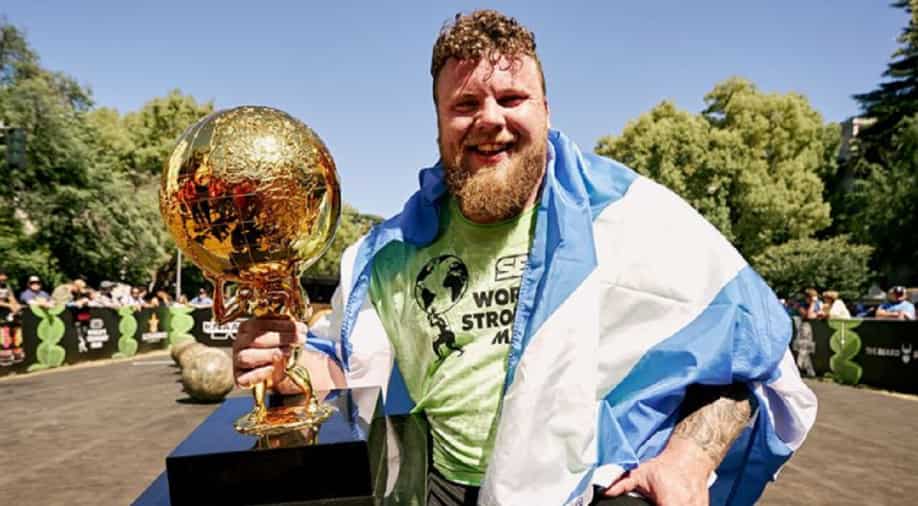 Scotland's Tom Stoltman reigned supreme in the final of the World's Strongest Man 2022 competition to win the prestigious title for the second year in a row on Sunday.

Scotland's Tom Stoltman came with an inspired performance in the final of the World's Strongest Man competition 2022 on Sunday to win the prestigious title for the second year in a row. Stoltman was up against some of the best in the world but managed to maintain his lead across six events in the final to come out on top. He pipped Ukraine's Oleksii Novikov and Martns Licis to the title as the two finished joint-second in the final with 43 points each.

There are a number of events which make up the final of the World's Strongest Man competition and each of the competitors are tested for their strength, stamina and power. The 2022 final featured events like bus pull, atlas stones and Reign Total Body Fuel Power Stairs among others. Stoltman was trailing behind Novikov before the start of the final two events but managed to outclass him by the end of the final.

Stoltman, who didn't finish below third in any of the events, won the title for the second year in a row after accumulating  53.5 points. Licis and Novikov both finished with 43 points each but it was  Latvian-American Licis, who finished second as he had a better tiebreaker than Novikov.

Stoltman has now become only the 10th man in history to win the World's Strongest Man title twice and is the first to bag consecutive titles since Brian Shaw, who achieved the feat back-to-back in 2015 and 2016. Stoltman was elated after his victory and said to do it twice in consecutive years is almost unheard of in the competition.

"To do it once is unbelievable. Back to back? Almost unheard of," Stoltman was quoted as saying by USA Today.

Stoltman might have trailed till the very end of the final but he always was confident of pipping his opponents in the final two events which included Atlas Stones - an event that he has dominated over the years. The Scottish giant said it was an easy ride for him at the end and also thanked his nutritionist for his support throughout the final.

"It was kind of an easy ride to the end for me. My body feels unbelievable right now," Stoltman said praising his nutritionist.