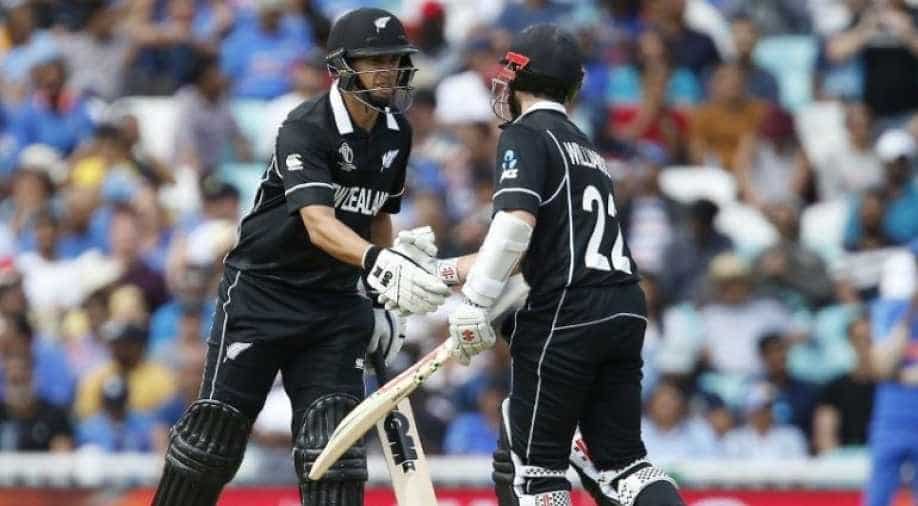 New Zeland defeated India in the warm-up match for the Cricket World Cup 2019 on Saturday at the Oval by six wickets.

New Zealand skipper Kane Williamson and Ross Taylor struck half-centuries each as the team chased down the target in 37.1 overs.

"The wicket didn't have enough in the second innings. Very good innings." said the losing captain Virat Kohli after the match.

"In a tournament like WC, the lower order has to score at times if the top-order gets out quickly. Hardik batted well, MS absorbed the pressure well and Jadeja played well," he added.

Left-arm seamer Boult, who removed openers Rohit Sharma and Shikhar Dhawan for two apiece to leave India 10 for two, finished with figures of four for 33.

Ravindra Jadeja (54) and Hardik Pandya (30) were the only India batsmen to make it past 19.

India captain Virat Kohli fell for 18 to medium-pacer Colin de Grandhomme when the star batsman was clean bowled by a ball that cut back in off the seam as he aimed towards midwicket.

Kohli's men were in danger of being dismissed for under a hundred when MS Dhoni, the captain of the India side that won the 2011 World Cup, fell to Southee to leave his team on 91 for seven.

India, however, were still bowled out with nearly 10 overs of their innings remaining, with James Neesham taking three for 26.