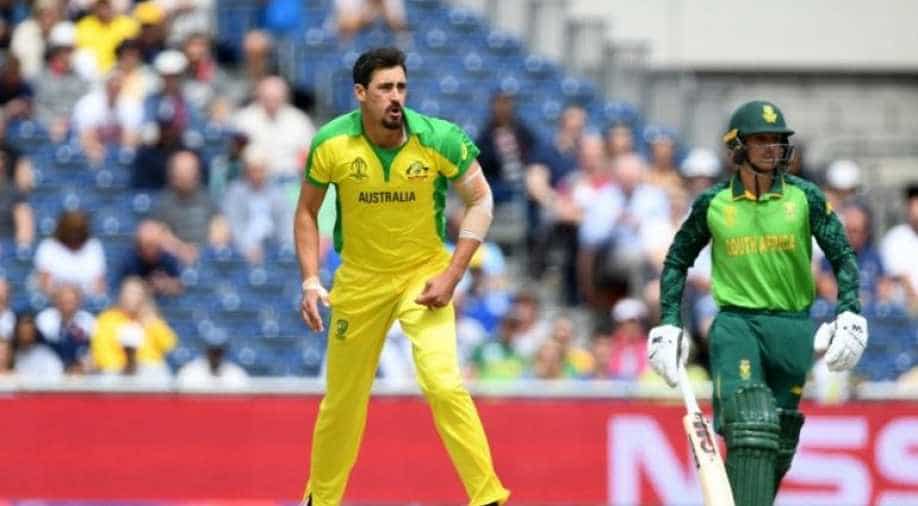 Reigning champions Australia have already qualified for the semi-finals, while South Africa cannot make it through to the last four

South Africa captain Faf du Plessis won the toss and decided to bat against Australia in the concluding group match of the 2019 World Cup at Old Trafford on Saturday.

Reigning champions Australia have already qualified for the semi-finals, while South Africa cannot make it through to the last four.

But if Australia win they will be guaranteed to finish top of the 10-team round-robin, regardless of whether India beat Sri Lanka in Leeds in Saturday's earlier match.

Victory would see Australia remain in Manchester for an Old Trafford semi-final against fourth-placed New Zealand on Tuesday and avoid both hosts England and India -- the only team to have defeated them at the tournament so far.

Australia were unchanged from the side that thrashed New Zealand by 86 runs in a group match at Lord's last Saturday.

That meant Steve Smith and David Warner were playing against South Africa for the first time since the batsmen received 12-month bans for their roles in a ball-tampering scandal during a Test in Cape Town last year.

South Africa were forced into making one change to the side that beat Sri Lanka by nine wickets after veteran opener Hashim Amla was ruled out with a knee injury suffered while taking part in a warm-up game of football on Friday.

Aiden Markram was promoted to open alongside Quinton de Kock, with left-arm wrist-spinner Tabraiz Shamsi called into the side.

The match will be the last one-day international for South Africa's JP Duminy and Imran Tahir before they retire from the format.