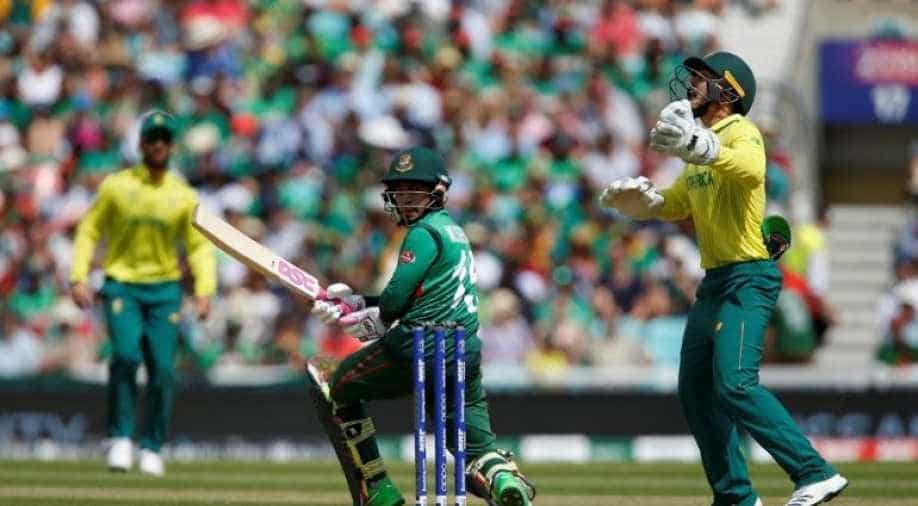 Bangladesh put on an aggressive batting display backed by enthusiastic support at The Oval to achieve their highest ODI score.

Bangladesh have achieved their highest One-Day International score while playing their campaign opener of Cricket World Cup 2019 against South Africa on Sunday at the The Oval.

Their previous highest ODI total was 329 for six against Pakistan, which was scored in 2015.

Bangladesh dominated the game and left the South African bowlers with no answers.

First game of #CWC19 – what a time for Bangladesh to hit their highest-ever ODI total!

Earlier, South Africa's gamble of putting Bangladesh into bat and hoping to bounce them out cheaply with their pace attack fell flat on a docile wicket.

Adding to that, the team was exacerbated by a hamstring injury to opening bowler Lungi Ngidi, who left the field after bowling just four overs.