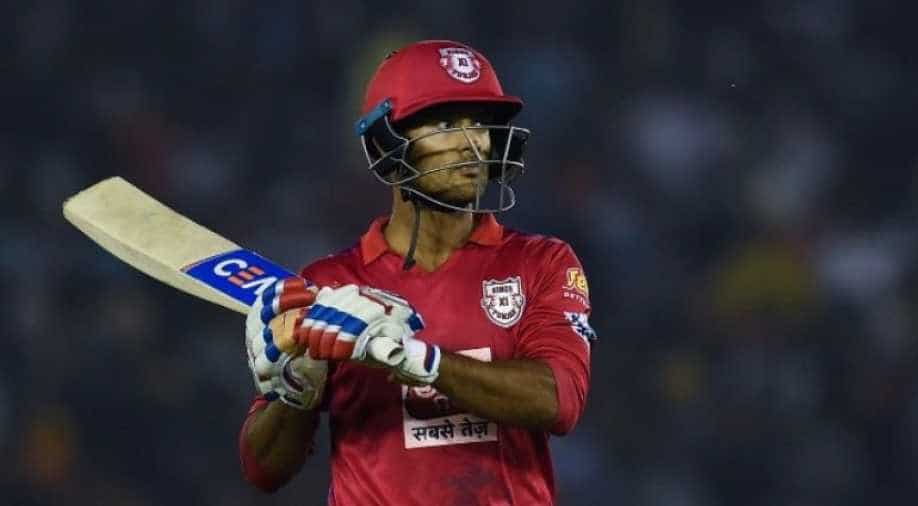 The International Cricket Council (ICC) has confirmed Mayank Agarwal's name as a replacement for all-rounder Vijay Shankar, who has been ruled out due to injury.

Shankar had fractured his toe when Jasprit Bumrah's yorker hit him during a net session in Southampton. It did not look like a major issue at that point of time but now it appears to have been aggravated.

After Shankar sustained a non-displaced fracture of the left big toe, the Event Technical Committee of the tournament has approved Mayank in India's 15-man squad.

Agarwal made his Test debut against Australia in December but has not played for India in limited-overs cricket.

Although, he proved his mettle when he grabbed the opportunity to open the innings for Team India in the third Test against Australia when he scored his maiden fifty on debut in Melbourne.

"Vijay Shankar sustained a non-displaced fracture of the left big toe, which will require a minimum of three weeks to heal. The injury rules him out of the ongoing World Cup. The Indian team management has requested the ICC to consider Mayank Agarwal as his replacement," said BCCI.

All-rounder Shankar missed team's clash against England on Sunday and Rishabh Pant, who received a World Cup call after opening batsman Shikhar Dhawan was ruled out, replaced him.

The replacement of a player requires the approval of the Event Technical Committee before the replacement player can be officially added to the squad.