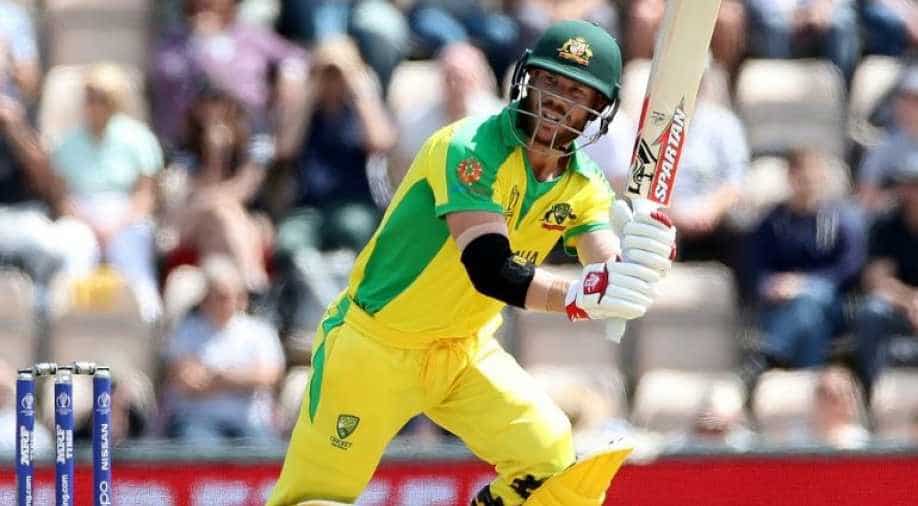 Australian opener David Warner is meticulously preparing for the tougher battles ahead in the World Cup by using a new device on his bat. It is a sensor that stores important data like backlift angle and maximum bat speed.

ICC had approved the usage of bat sensor back in 2017 but none of the international batsmen have used it in matches.

A Bengaluru based company has introduced its version of sensor cap named 'Bat Sense' which Warner has been using in practice to collate data to counter pacers.

The sensor chip is fixed on the top of bat handle. Till the time batsman is batting, the data generated on the chip gets stored in a mobile app through 'cloud storage'.

The technical data consists of aspects such as power index, maximum bat speed, rotational angle of the wrists, backlift angle, bat start angle (whether the bat is coming straight or from first slip angle).

Warner's bat sensor has revealed some interesting insights about how he is doing. His bat speed is believed to be 79 kmph.

"I am not sure whether Warner would use the bat with sensor in a match situation but he has been using it in practice sessions," Atul Srivastava, whose company has a tie-up with the ICC, told PTI.

The data collected could prove to be useful for professional players as they will have a reference point, said former Test wicketkeeper and cricket analyst Deep Dasgupta.

"Earlier, the coaches would depend on their natural instinct about angle of backlift or bat speed or the distance between the bat and body, impact. I believe if accurate data can help coaches in guiding their players, then why not," said Dasgupta, who himself is associated with the project, told PTI.

At the moment, the bat sensor usage is at a nascent stage where collating data is the primary objective.
"The data that will be available is of primary nature. Once a large chunk of data is collected across a cross-section of players, it can be suitably processed by the coaches. Then players can accordingly change their game as per the available data," said Dasgupta.

As of now, none of the current India players are using the bat sensor, which could well be another game-changer in the near future.