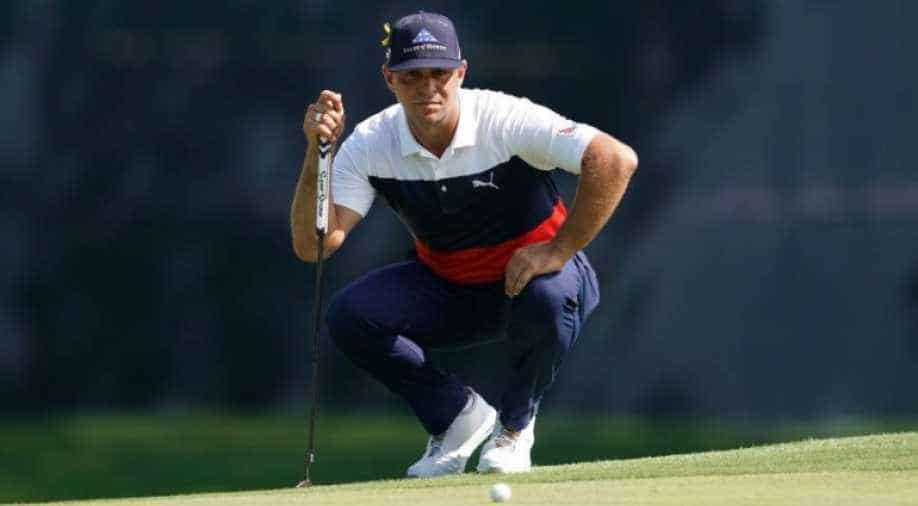 The American, who moved to 17-under 202 after three rounds, said he had to keep his emotions in check during his five-under 68 after learning of the death of his grandmother the night before.

Gary Woodland followed up a spectacular eagle on 15 with a birdie at the last to restore his three-shot lead over Rory McIlroy at the PGA Tour's Sentry Tournament of Champions in Hawaii on Saturday.

The American, who moved to 17-under 202 after three rounds, said he had to keep his emotions in check during his five-under 68 after learning of the death of his grandmother the night before.

"It was a tough night last night but today was a good day. I played great," Woodland told the Golf Channel.

The 34-year-old provided the shot of the day on the par-five 15th when he banked a curving 64-foot putt off the flagstick for eagle and the outright lead, moments after McIlroy had pulled into a share with a birdie on 14.

McIlroy, on 14-under 205, was alone in second, a shot ahead of Australian Marc Leishman (68) in third on a breezy day at the scenic island course in Maui.

Woodland, who has won three times in 231 starts on the PGA Tour, said he had learned how to turn promising positions into victories.

"I've been in this position before but I'm a completely different kind of player now. I'll use all those experiences to my advantage and take what I can from them," he said.
"I'll go out and play aggressive tomorrow and make a lot of birdies."

After his bogey-free 68, Northern Ireland's McIlroy said staying patient would be crucial if he was to notch his 15th career PGA Tour victory.

"I played in six final groups last year, most of them coming from behind, and I probably just pushed a little too hard trying to catch up, trying to play a perfect first six holes and it didn't really work out for me," he said.

"I've just got to go about my business. Hit fairways, hit greens again. I didn`t have a bogey today and I can go out and make that a goal tomorrow," he said.

"Try not to make any mistakes and pick off my birdies when I can. That hopefully might be good enough. But with the way Gary is playing, it might not be."

Scoring conditions in the PGA Tour`s first event of the season are expected to be ideal on Sunday as the winds that have gusted throughout the tournament are expected to die down.