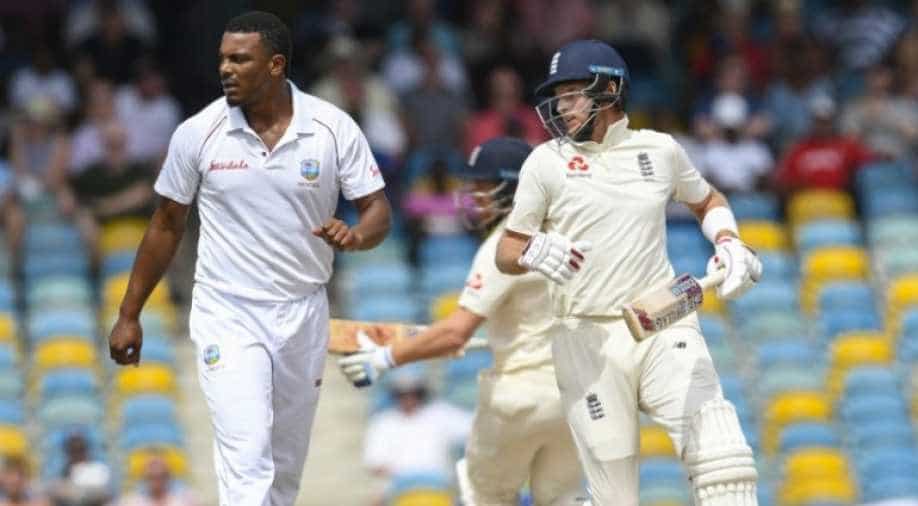 Gabriel sought to clear the air over what he said to England captain Joe Root and extended an "unreserved apology" for his comments.

West Indies fast bowler Shannon Gabriel has apologised to England captain Joe Root for his comments during the third Test against England in St Lucia.

Gabriel extended an "unreserved apology" to clear the air over what he said to Root. He said there were no hard feelings between him and Root and that he saw this incident as an opportunity to recognise the "need for sensitivity and respect in their interactions with all".

"I know now that it was offensive and for that I am deeply sorry," Gabriel said in a statement.

"To my team-mates and members of the England team, especially their captain Joe Root, I extend an unreserved apology for a comment which in the context of on-the-field rivalry, I assumed was inoffensive sporting banter."

"The exchange occurred during a tense moment on the field," Gabriel explained in a written statement.

"The pressure was on and England's captain Joe Root was looking at me intensely as I prepared to bowl, which may have been the usual psychological strategy with which all test cricketers are familiar.

"I recognise now that I was attempting to break through my own tension when I said to Joe Root: 'Why are you smiling at me? Do you like boys?'

"His response, which was picked up by the microphone, was: 'Don't use it as an insult. There's nothing wrong with being gay.' I then responded: 'I have no issues with that, but you should stop smiling at me.'"

The 30-year-old Gabriel had accepted a charge for breaching the International Cricket Council's code of conduct. He was banned for the first four One-Day Internationals against England that begin on Wednesday.

Gabriel has been fined 75 per cent of his match fee for the incident during the third Test in St Lucia and handed three demerit points, taking his total to eight within a 24-month period.