Will Brexit hurt the Premier League? 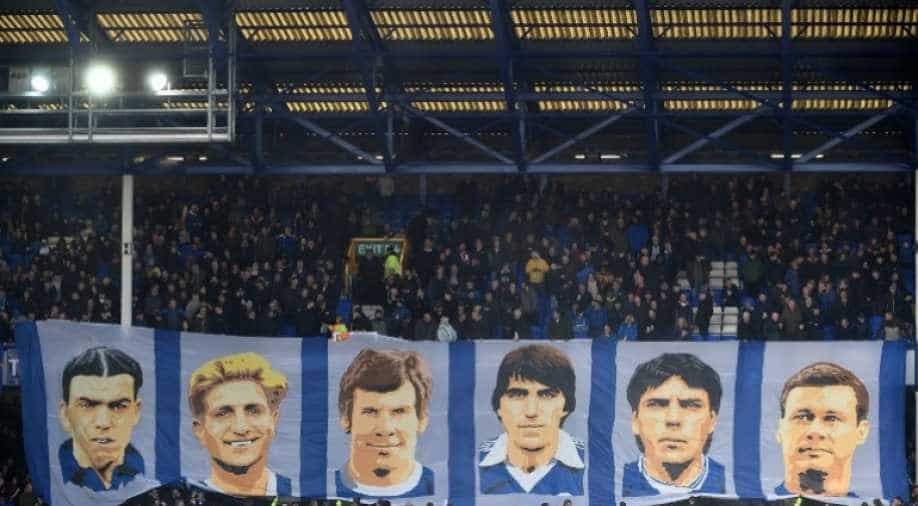 Tottenham manager Mauricio Pochettino referred to the weak pound as one of the reasons his side failed to sign any players in pre-season and compared the impacts of Brexit to a car crash.

The Premier League is taking Europe by storm this season but the dark clouds of Brexit threaten the English top-flight's long-held position as the richest league in world football.

No deal has yet been agreed on the terms under which the United Kingdom will leave the European Union, leading to uncertainty among British businesses.

Despite its international profile, the Premier League is no different, particularly with so much of its success across the globe based on its cosmopolitan collection of players, coaches and owners.

So what could Brexit mean for the Premier League?

Weak pound
The value of the British pound has plunged since the referendum result in 2016, making transfer fees paid to European competitors much more expensive.

Tottenham manager Mauricio Pochettino referred to the weak pound as one of the reasons his side failed to sign any players in pre-season and compared the impacts of Brexit to a car crash.

Football finance experts Deloitte also signalled the weakening of the pound as a contributory factor in Manchester United surrendering top spot in its Football Money League and falling behind Spanish giants Barcelona and Real Madrid.

Restrictions on foreign talent
In backing the Remain campaign in 2016, the Premier League's former executive chairman Richard Scudamore described leaving the EU as "incongruous" to the league's commitment to openness.

The global appeal of the competition depends on recruiting the best players, no matter where they are from, and an end to free movement for European players make that a more onerous task.

"The Premier League is essentially the hub for a constellation of star brands," Simon Chadwick, professor of sports enterprise at Salford University, told AFP.

"Therefore, any measures that are adapted to restrict the inward flow of overseas talent could ultimately diminish the Premier League's market positioning, thereby undermining its competitive advantage."

EU national players, including many who represent South American and African nations at the international level but hold EU passports, will have to satisfy much stricter requirements to be handed a work permit.

The current system for non-EU players takes into account international appearances, the transfer fee, proposed wages and recent playing history to determine whether they receive a Governing Body Endorsement (GBE) from the Football Association.

Were these restrictions applied across the board, marquee signings would not be stopped. However, in the ever more competitive transfer market, British clubs could be robbed of the opportunity to find hidden gems at the lower end of the market.

Chelsea's N'Golo Kante and Manchester City's record signing Riyad Mahrez, who were both plucked from relative obscurity in France before winning the Premier League for Leicester City, have been cited as players who would be unlikely to receive a work permit.

In 2016, the BBC calculated that 332 players in the top two tiers of English football and the Scottish Premiership would not meet the criteria if the standards set for non-EU players were applied across the board.

Premier League clubs will also lose out on the chance to sign European players before their 18th birthdays, unless, as seems unlikely, the UK remains within the European Economic Area (EEA).

FIFA bans all overseas transfers for under-18s but makes an exception for movement within the EEA, which has allowed players such as Cesc Fabregas and Paul Pogba to move to England as 16-year-olds.

Economic hit
Despite lucrative overseas TV deals, the success of the Premier League is linked closely to the performance of the British economy.

There are already fears that domestic TV rights deals have peaked, with broadcasters paying less for matches in 2019-2022 than for the previous three-year period.

Guessing the future trajectory of the economy is tricky but if fans are hit in the pocket, clubs will lose out on ticket sales and merchandising revenue.

Boost for homegrown players?
One potential benefit from Brexit for the English national team is that more restrictions on foreign players will mean more opportunities for homegrown talent.

Currently, England-qualified players account for around 30 per cent of starts in the Premier League.

However, the Premier League argue such restrictions would not help the England team and instead dilute the standard at which English internationals are competing every week.

"There is no evidence that stronger quotas that exist now would have a positive impact on national teams," the league said in a statement in November.