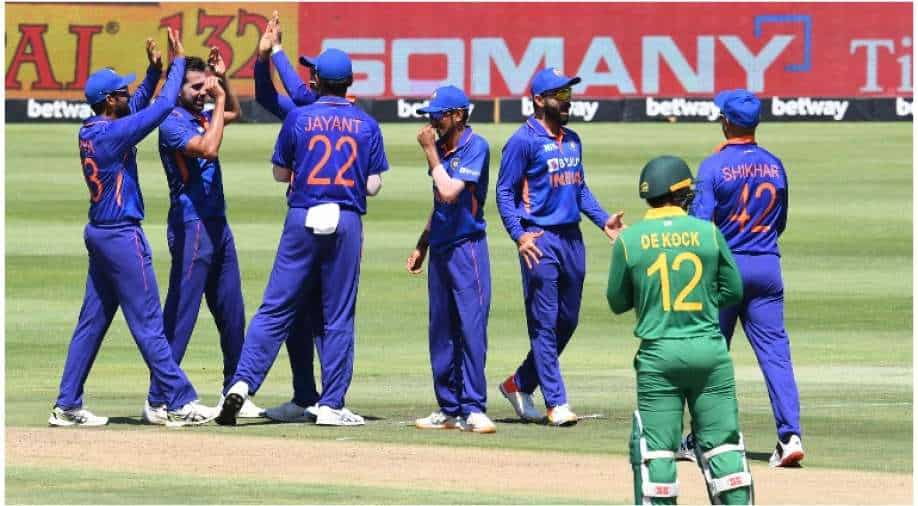 Team India ended a torrid tour of South Africa on Sunday (January 23). While the Test series was evenly-contested, which the visitors lost 2-1, the Men in Blue were expected to beat the rather inexperienced Temba Bavuma-led Proteas in the preceding three ODIs despite missing regular limited-overs captain Rohit Sharma.

Nonetheless, the KL Rahul-led Indian team lost 3-0, repeating the same mistakes in every game to finish off a forgettable ODI series. Talking about the third and final ODI, India won the toss and elected to bowl first. Prasidh Krishna's 3 for 59 and two wickets each from Deepak Chahar and Jasprit Bumrah dismissed the South Africans for 287 in 49.5 overs, courtesy Quinton de Kock's 124.

Butt said on his Youtube channel, "This is just sad. Despite being such a good team, losing all three matches to a relatively inexperienced side playing without a couple of their main pacers makes for a really sad scenario. The noise surrounding certain topics will only increase after all this."

Butt pointed out that the decision-making was poor in the entire ODIs and claimed, "Let things go on as they were. Why stick your hand out and hurt yourself? You made unnecessary and unreasonable changes. The team selection has been questionable. On this tour where Pant played some outstanding knocks, he also played some shots that held no logical reasoning."

"The selection of the bowling line-up was also very poor. If you have guys who can clock 140 kph, then what are you doing by playing Bhuvneshwar [Kumar] and Shardul Thakur. Moreover, the keeper was standing up the pacers This is not England where you can trap the batters on a wet pitch by bringing the wicketkeeper up to the medium pacers. These are questions that will have to be answered by the team management and the selectors," he added.

Butt mentioned few positives for India from the third and final ODI before stating that the middle-order lacks serious depth. "If you look at the good parts then Deepak Chahar bowled and batted well, and he single-handedly brought India close to victory. Before that, Suryakumar Yadav also batted well. He was set and if he continued to play calmly, then India would have won. He also got out to false shot. There was no need to play such an extravagant shot. The shot he got out to was not a good option and India eventually paid the price for it."

"We got to see one fault shot after another at a time when they were least needed. That's the main reason for their downfall. Moreover, batters didn't capitalise after getting set. Not many large scores were made in this series. India has been top-class sin chasing especially when Virat Kohli plays long. But their middle-order does not have depth," he concluded.