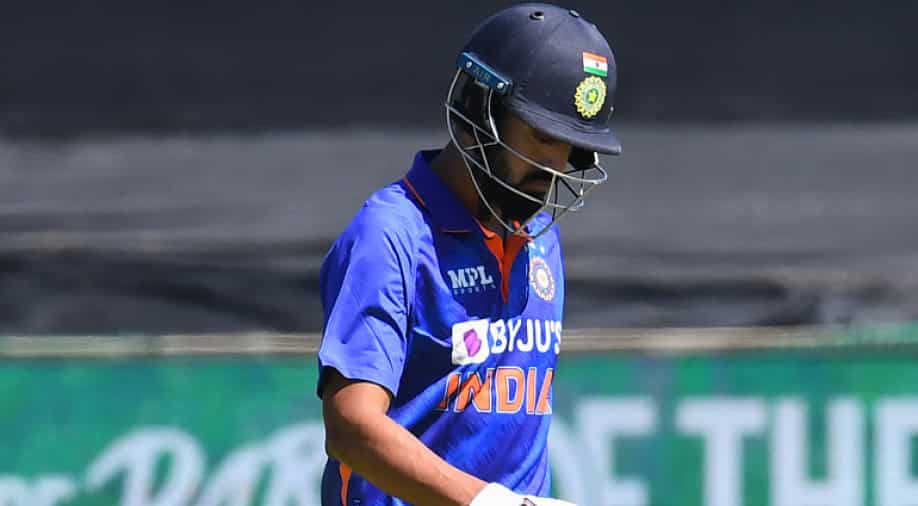 KL Rahul had a disappointing series as captain of the Indian team against South Africa. Photograph:( AFP )

KL Rahul had a series to forget captaining India for the first time away from home as the visitors were clean swept 3-0 by South Africa in the recently-concluded ODI series. After back-to-back defeats in the first two matches, India lost the third and final ODI by 4 runs on Sunday to suffer a 3-0 whitewash against the Proteas.

Rahul, who was the stand-in skipper of the Indian team in the absence of permanent skipper Rohit Sharma, faced criticism from all corners for his poor leadership. Rahul was criticised by many for his poor field placements and bowling changes among others as India produced a below-par show in the ODI series.

Rahul failed to win even a single game as captain as India lost all three games in a row. He took to social media on Monday to pen an emotional note after the series defeat and said it was a learning curve for him and the rest of the team.

"Difficult journeys help you to improve and grow stronger. The results might not have gone our way, but we will learn from the mistakes," Rahul wrote in his tweet.

India had gotten off to the worst possible start in the ODI series as they lost the first game in Paarl by 31 runs after failing to chase down a target of 297 runs. They suffered a seven-wicket defeat in the second game before losing the third and final encounter by just 4 runs on Sunday.

After half-centuries from Virat Kohli (65) and Shikhar Dhawa (61) put India in a comfortable position in the 288-run chase in the third ODI on Sunday, the visitors lost the plot after the quick dismissals of Rishabh Pant (0), and Shreyas Iyer (26).

Suryakumar Yadav scored 39 off 32 balls while Deepak Chahar played a stunning cameo of 34-ball 54 but failed to take India home as they lost in the final over.