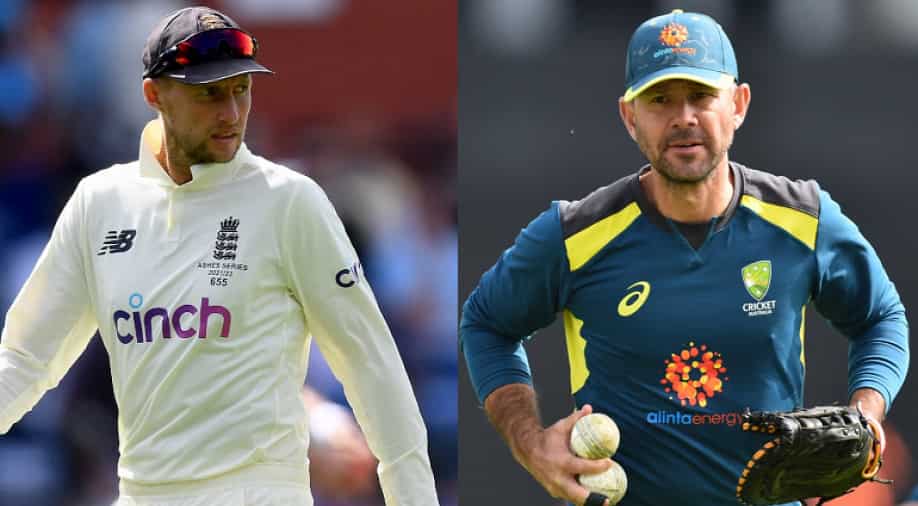 Former Australia captain Ricky Ponting has slammed England skipper Joe Root for his comments criticising his bowlers after the visitors lost the second Test against the hosts by 275 runs.

Former Australia captain Ricky Ponting has slammed England skipper Joe Root for his comments criticisng English bowlers after the visitors lost the second Test by a huge margin of 272 runs to go 2-0 down in the ongoing Ashes 2021-22. England were bundled out for just 192 runs while chasing a huge target of 468 runs to suffer their second straight defeat in the Ashes.

England captain Root was critical of his bowlers and said they should have been 'braver' and bowler better lengths against the Aussie batters. It was a disappointing show from the England bowlers as the duo of James Anderson and Stuart Broad could only manage a total of five wickets between them across Australia's two innings.

While Root was not happy with the efforts of England's bowlers, former Australia captain Ricky Ponting said the onus was on the skipper to ask his bowlers to change their line and length. Ponting said he nearly fell off his seat when he heard Root criticising his bowlers and questioned why was he the captain if he can't make his bowlers bowl as per his instructions.

"I nearly fell off my seat when I heard that. Whose job is it then to make them change? Why are you captain then?" -  Ponting told cricket.com.au.

"If you can't influence your bowlers on what length to bowl, what are you doing on the field? Joe Root can come back and say whatever he likes but if you're captain, you've got to be able to sense when your bowlers aren't bowling where you want them to. That's what captaincy is all about," the former Australia captain added.

Ponting further aimed a dig at Root and said England's bowling was the best when the visiting captain was not on the ground for a short period of time on Day 4. Root didn't come out to the field as he was suffering from a groin injury with Ben Stokes acting as the stand-in skipper in his absence.

"The interesting thing for me is the only time they bowled full in the game was when Joe Root wasn't on the ground," Ponting said.

"The start of day four when they had a meeting on the ground before play started, Stokes took over the captaincy, and that was the only time in the game they pitched the ball up," he added.

England are currently 2-0 down in Ashes 2021-22 and will be looking to bounce back to winning ways when they lock horns in the third Test against Australia in Melbourne from December 26.