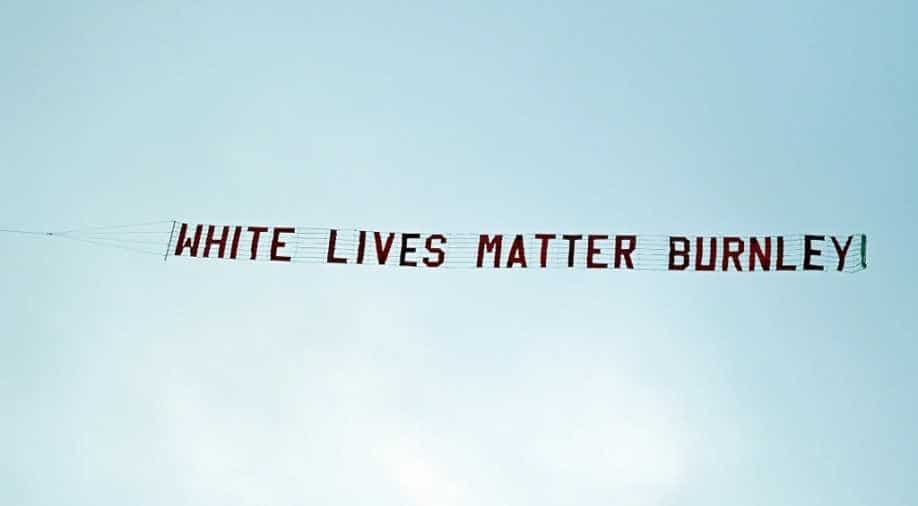 Burnley has decided to impose a lifetime ban on the people who were responsible for the banner.

Manchester City thrashed Burnley 5-0 at the Etihad Stadium on Monday. But the match was overshadowed by a "White lives matter Burnley" banner that flew over the stadium at the start of the match.

Players donned a jersey with 'Black lives matter' written on it. Players, coaches and referees have also taken a knee before kick-off in every match to show their support for the fight against racial injustice.

"I am ashamed, I'm embarrassed, that a small number of our fans have decided to put that around the stadium," said Burnley captain Ben Mee.

"These people need to come into the 21st century and educate themselves as a lot of us do. I'm really upset that happened."

Burnley has decided to impose a lifetime ban on the people who were responsible for the banner.

"We wish to make it clear that those responsible are not welcome at Turf Moor," said the club.

"We apologise unreservedly to the Premier League, to Manchester City and to all those helping to promote Black Lives Matter."

Former Manchester City defender Micah Richards condemned the banner and said: "After how far we've come in these last couple of weeks it really does hurt me."