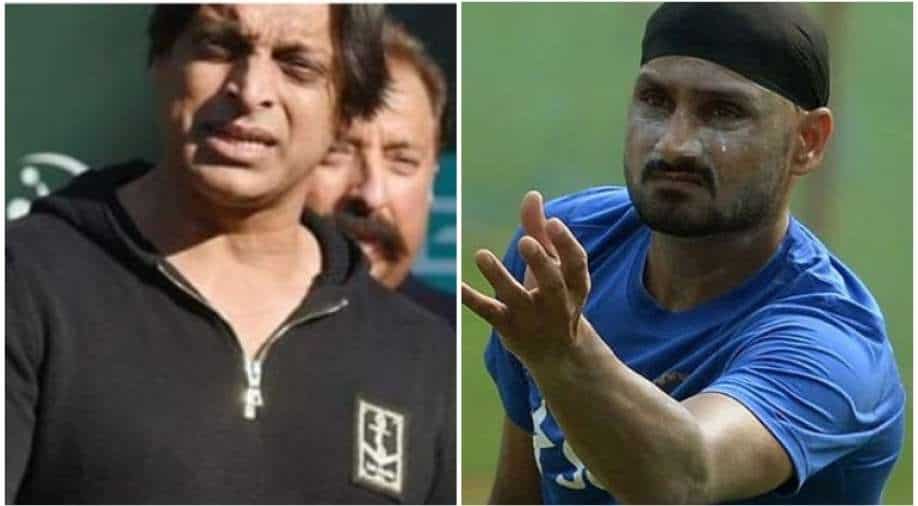 Ahead of the India-Pakistan T20 World Cup clash, Harbhajan Singh and Shoaib Akhtar engaged in a fun banter on social media platform Twitter. Here's how it all panned out:

The whole cricketing fraternity is eagerly waiting for the commencement of the India-Pakistan clash in the T20 World Cup 2021. Both cricketing giants only meet during multi-nation or ICC events due to the political tension between the arch-rivals. However, whenever both sides lock horns in a big-ticket tournament, it leads to heads being turned all around the cricketing spectrum as many watch the proceedings, from various parts of the globe.

Virat Kohli-led India are set to meet Babar Azam's Pakistan in both sides' tournament-opener, in the main draw of the showpiece event, on October 24 at the Dubai International Cricket Stadium, Dubai. Ahead of the marquee face-off, former Pakistan speedster Shoaib Akhtar poked fun at India's veteran off-spinner Harbhajan Singh. However, the Kolkata Knight Riders' (KKR) off-spinner had the last laugh with his reply. It all started when Akhtar shared a picture with Bhajji and hilariously trolled him. To this, the Indian also came back with a witty reply.

Here's how it all panned out between the two legendary cricketers: 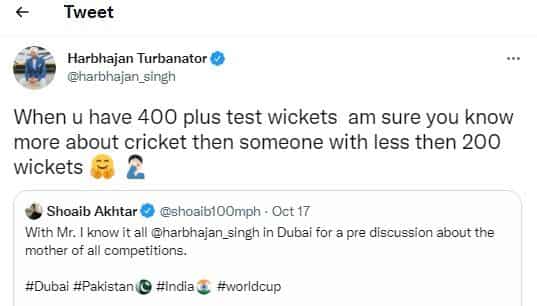 India and Pakistan last met during the 2019 ODI World Cup group stage encounter, at Edgbaston, Birmingham. Back then, the Kohli-led Men in Blue thrashed Pakistan by 89 runs (DLS method). On the other hand, India had also beaten Pakistan by 6 wickets in their 2016 T20 WC face-off, held at the iconic Eden Gardens, Kolkata.

India lead Pakistan 5-0 in T20 WC history and will be eager to maintain their flawless record versus the arch-rivals. However, Babar-led Pakistan won't be an easy opposition for the Indian team by any means. Both sides are placed in Pool B, along with New Zealand, Afghanistan whereas two other teams who will join them from the qualifiers.