'What is going on?': Kuldeep Yadav talks about his thoughts after being benched 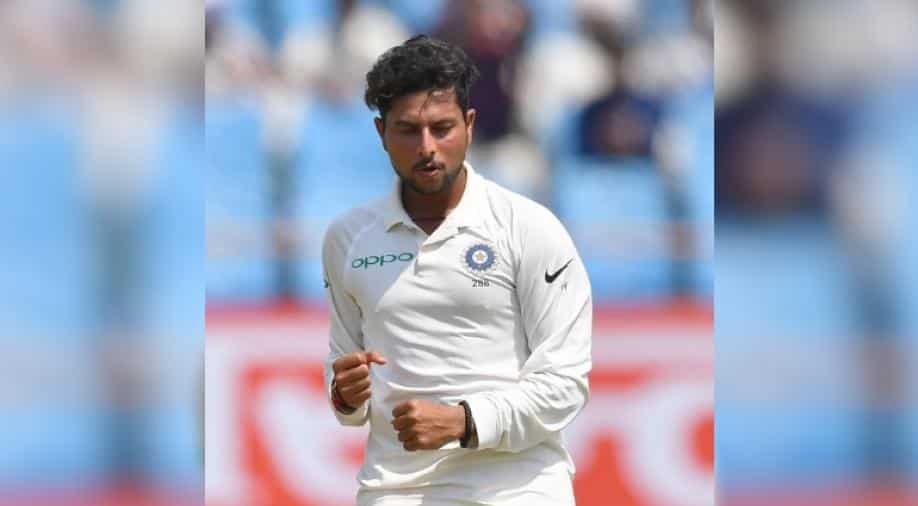 Yadav talked about his battle with thoughts of self-doubt and added that at one point he felt that serving drinks was 'the best'.

Indian spinner Kuldeep Yadav revealed that he started doubting himself after getting benched in the Test series against Australia and England. He featured in the playing XI in the second Test match against England in Chennai after waiting for over two years. The wrist-spinner said that he was under a lot of pressure during the Test match.

"I didn't play as many matches as I expected to, and somewhere I was low on confidence. When you are playing non-stop, players do feel high on confidence. The more one sits out the more it gets tougher. I felt a huge pressure on me when I played the Test against England in Chennai this February (his last Test was in January 2019). Due to Covid there was nothing happening, so things got really tougher even more last year. It wasn't the best period," Kuldeep told The Indian Express in an interview.

Kuldeep Yadav is not a part of India's 20-member squad for the World Test Championship finals against New Zealand and the five-match Test series against England. Yadav talked about his battle with thoughts of self-doubt and added that at one point he felt that serving drinks was 'the best'.

"Sometimes I felt, 'what is going on?'. It was difficult times. Sometimes, the mind says, 'ab shayad woh Kuldeep nahi rahe' (Perhaps, I am not the same Kuldeep). Sometimes I feel, 'no, I am still the same' and I wait for the opportunity," Kuldeep said.

"There were days when you feel serving drinks and being on the bench is for the best – yaar yeh to best seat hai apne liye – and then but there are days you don’t want to be in that place. I would think, I should have been there playing. I tried to motivate myself every time. I try to be happy and feel that I am bowling well. There was self-doubt somewhere. It happens with everyone, I started questioning myself."

Kuldeep is yet to feature for Kolkata Knight Riders in the recently-suspended IPL 2021.

"I was, especially when I didn't find a place in my IPL team Kolkata Knight Riders. I wondered, 'am I that bad?' It's a team-management decision and it would be wrong to go and ask them," Kuldeep responded when asked if we depressed.

"I wasn't played in Chennai during the IPL despite knowing it's a turner. I was a bit shocked but couldn't do anything. The bio-bubble life has also thrown challenges for everyone. When I am not playing, nothing looks nice."