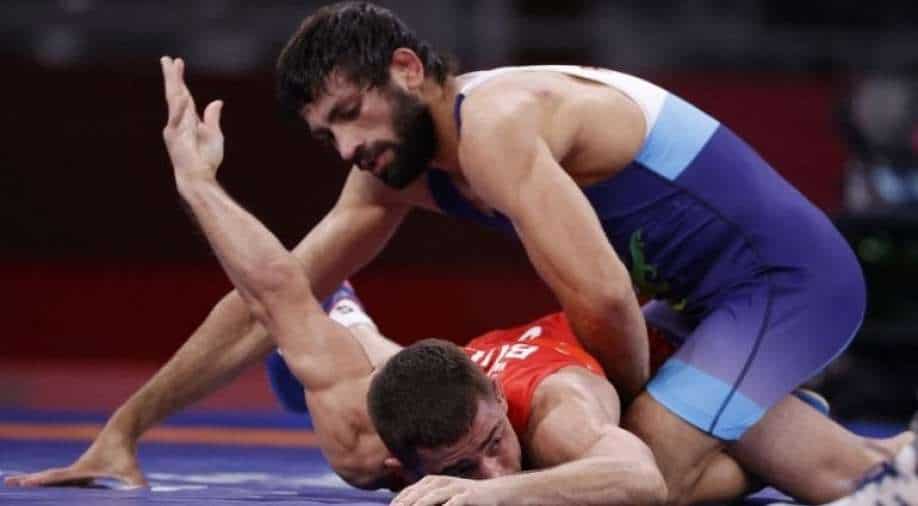 Indian wrestler Ravi Kumar Dahiya has assured India of another medal after storming into the finals of the 57kg category at the Tokyo Olympics on Wednesday. He will become the fifth Indian wrestler after KD Jadhav, Sushil Kumar, Yogeshwar and Sakshi Malik to win an Olympic medal.

Ravi Kumar made a stunning comeback after pinning down Nurislam Sanayev of Kazakhstan with less than a minute left. Kumar was down by 1-9, however, he bounced back and did not concede even a single point post that and then pinned him down in the dying moments to assure a medal for India.

What a turn around Ravi Kumar Dahiya! 🤼 👏🏻

The way you kept your calm after being 9-2 down and won the match was a spectacle in itself.

What a dramatic turn around win by Ravi Kumar Dahiya, was 3-9 down but ddid not give up, fought valiantly and beat the two-time world championship medallist, and India is assured of another medal.#Tokyo2020 #Wrestling pic.twitter.com/6UZoyP4irP

Earlier, he beat Bulgaria’s Vangelov Georgi Valentinov in the quarter-finals. He is now one step away from winning a gold for India and scripting history.