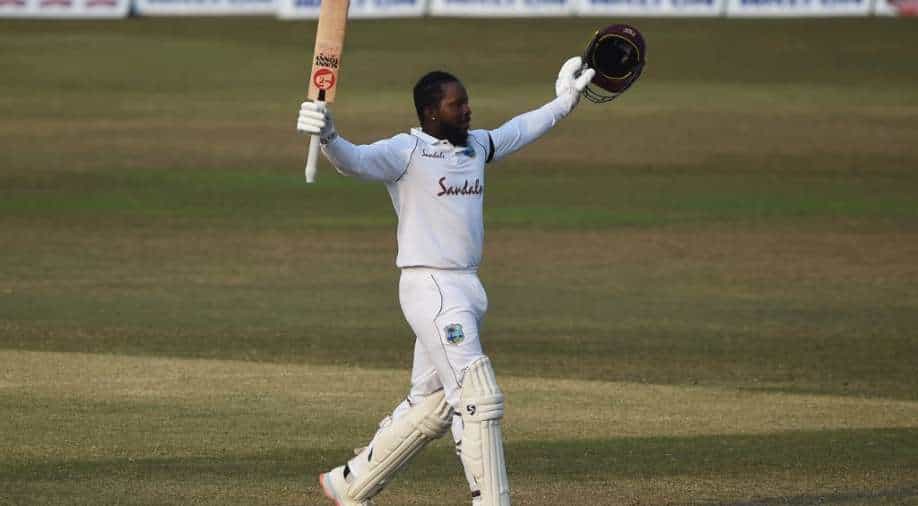 In his mammoth innings, Mayers smashed seven sixes, 20 fours with the strike rate of 67.74.

Mayers became the first cricketer to smash double ton in the fourth innings of the Test match on his debut. His unbeaten 210 runs took the team over the line in the final moments of Day 5 on Sunday.

In terms of overall stats, Mayers became the sixth player in the history of Test cricket to score a double hundred in the fourth innings. He joined the elite club of  Tip Foster, Lawrence Rowe, Brendon Kuruppu, Mathew Sinclair, Jacques Rudolph.

The young West Indian also became the second cricketer to hit a double hundred in a successful fourth-innings run chase of a Test match after Gordon Greenidge.

In his mammoth innings, Mayers smashed seven sixes, 20 fours with the strike rate of 67.74.

"I am always a positive person. I always believe in my abilities and the team, and I always was positive. We never gave up. We always said in the dressing room that we need to keep fighting,” Mayers said after the match.

“The captain and coach told the bowlers as well that you need to keep fighting on a pitch like this. Shannon [Gabriel] put in great effort. It's a great feeling to be playing Test cricket. Then to go on and score a century, and then to make it a double, and then going on to win this Test. I would like to be thankful to my teammates, my coaches and family back home. A guy making his debut and making a double should inspire all youngsters to work hard and reach this level," he added.