'We will not stop': Jurgen Klopp fires warning to clubs after ending 30-year wait for Premier League 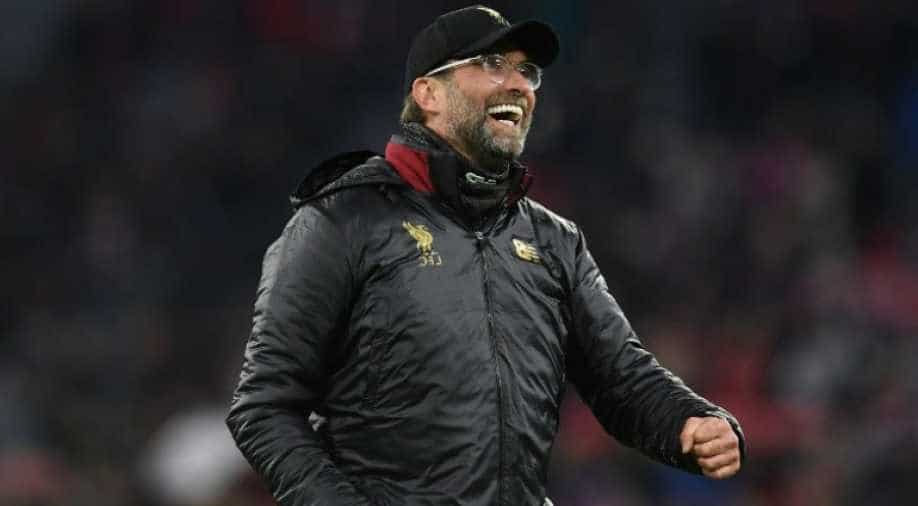 Liverpool manager Jurgen Klopp has asked his players to remain “focused” in a bid to achieve more silverware in future after Liverpool ended a 30-year-wait to win the Premier League title.

Liverpool manager Jurgen Klopp has asked his players to remain “focused” in a bid to achieve more silverware in future after Liverpool ended a 30-year-wait to win the Premier League title. The Reds have already smashed the record of becoming the fastest Premier League champions while being on course to set a new record points tally and winning margin as they hold a 23-point lead atop the Premier League standings.

Klopp, who has changed Liverpool’s fortunes since taking charge in 2015, said that last season’s Champions League win paved way for winning the Premier League title. Furthermore, Klopp called on his players to remain “humble” in the quest for more success.

"We will not stop" - Jurgen Klopp

"The consistency the boys showed is so exceptional and we will not stop," Klopp said in a videoconference on Friday.

"We really have to and will stay focused because we see the opportunity. Will not stop doesn't mean we will win everything, we just want to improve."

Liverpool have lost just two of their 70 league matches and missed out on the title by a single point.

"The consistency comes from the mix of determination, buying into the idea, character, attitude and personality that makes this group special," Klopp said.

"They are still humble. As long as we stay humble we have a good chance to stay successful in the future too."

However, despite repetitive plea to not gather in large crowds around the Anfield, thousands poured on to the streets to celebrate in joy. Klopp is delighted to bring smiles to the faces of fans after a difficult time due to COVID-19 pandemic/

"What we love is when you have a successful football club in your city, it always gives the city a lift," said Klopp.

"I think at this time all cities in the world need a lift, Liverpool as well, and I am really happy about that.