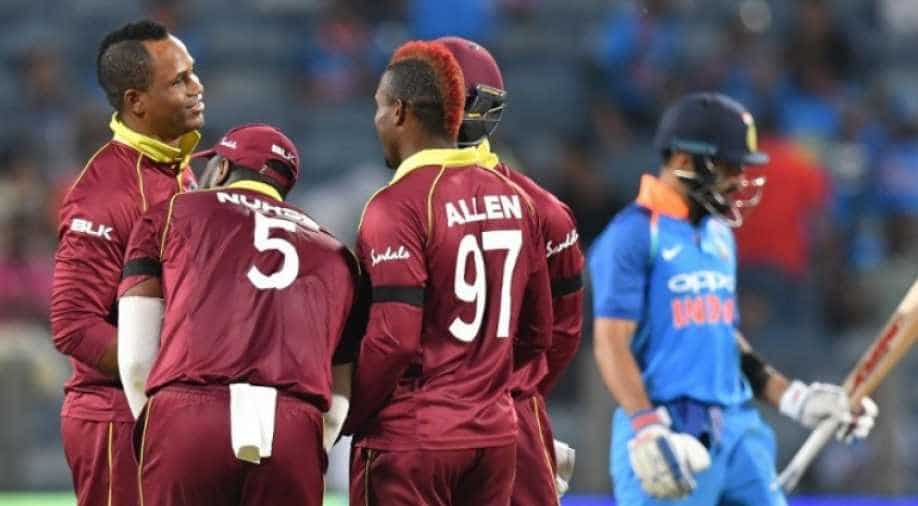 Marlon Samuels was full of praise for Shai Hope and Shimron Hetmyer after winning the third one-day match of a five-match series against India on Saturday.

The 37-year-old Samuels said that his side will take remaining two matches more seriously after the levelling the series 1-1.

He said, "I think we are going to take the next game even more serious and as long as we can be consistent in all three departments we will be looking to win the next games.

"We are not looking to compete anymore. We are looking to win," Samuels added.

Despite Virat Kohli's century, Windies were successful in taking regular wickets to defend their fight total of 283 runs.

All-rounder Ashley Nurse was awarded man of the match for his dynamic performance at Pune's  Maharashtra Cricket Association Stadium.

Samuels, the most experienced batsman in this Windies side, appreciited Hope's on-going form, he said, "Sitting in the dressing room and watching Shai Hope batting the way he has been batting, we have been having a lot of conversations about how to score runs in India and to be watching him doing the things we have been talking about him doing is just wonderful to be watching him."

"He is going from strength to strength and he is definitely one for the future."

Samuels also weighed in for Shimron Hetmyer, who has made scores of 106, 94 and a quick fire 37 in this match so far in this series, and called him "fearless and brave."