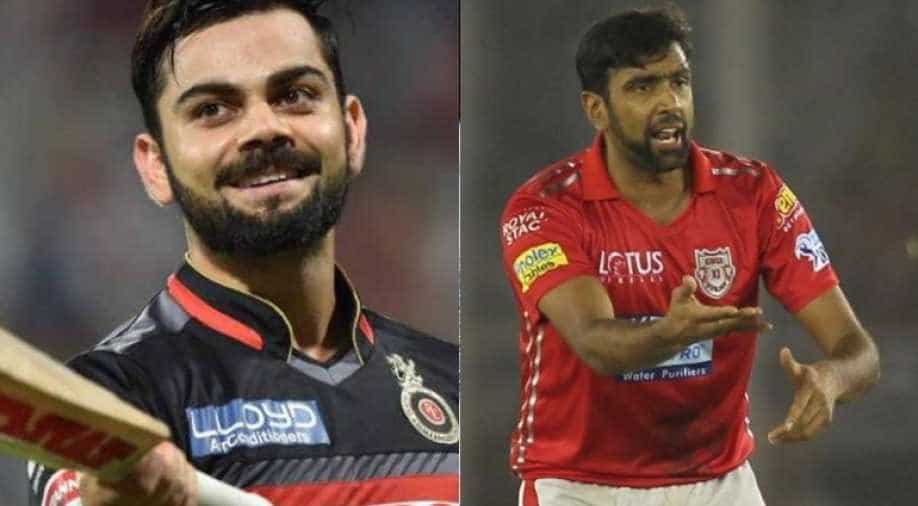 Bangalore not only defeated Punjab by 17 runs but also registered their third win on the trot.

Virat Kohli was all charged up during Bangalore's game against Punjab at the M Chinnaswamy Stadium. Bangalore not only defeated Punjab by 17 runs but also registered their third win on the trot.

But how can a game in IPL be complete without some aggression on the field. During the clash, the fans got to witness two send-off from both team's skipper.

First, it was Ashwin, who celebrated Virat Kohli's wicket with a lot of aggression, later Kohli returned the favour with an abusive send-off.

Chasing 203 to win, Punjab needed 27 runs off the final over.

Captain Ravichandran Ashwin came to the crease and hit Umesh Yadav's first delivery for a six. Ashwin hoped for the same result on the next delivery too but he mistimed his shot and the ball went straight to Kohli.

After safely completing the catch, Kohli made some gestures it seemed he even abused his Indian teammate.

After the match, when asked about the send-off, Ashwin defended his equal number saying that they both are passionate players.

In reply, Punjab finished at 185/7 in their stipulated 20 overs.

Bangalore, who lost their first six matches of IPL 2019, are now on eight points with three games left.