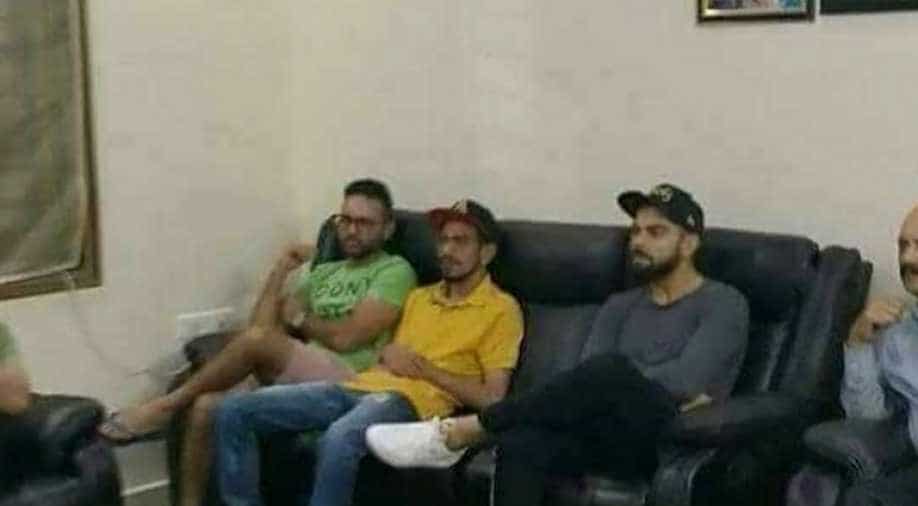 Bangalore face the Hyderabad in a must-win clash to keep their playoff hopes alive in the 2018 Indian Premier League. Photograph:( Twitter )

Skipper Virat Kohli was at local boy Mohammed Siraj's house to enjoy some Hyderabad delicious, a day before Bangalore face the Hyderabad in a must-win clash to keep their playoff hopes alive in the 2018 Indian Premier League.

Kohli was accompanied with other Bangalore players including Yuzvendra Chahal, Parthiv Patel, Mandeep Singh at Tolichowki to enjoy some appetizing Hyderabadi biryani for dinner.

A video of the players was also shot where they can be seen gorging on Hyderabadi food and enjoying an IPL match on television.

Siraj, who is the son of an autorickshaw driver, used to live in a small, two-room apartment near Khaja Nagar in Banjara Hills before buying a new house in Towli Chowki during 2017.

Siraj came into the spotlight last year when Hyderabad spent a mind-boggling Rs 2.6 crore after his impressive run in the domestic circuit. He was rewarded with a national team call-up later on.

Ahead of the 2018 IPL season, Bangalore roped in the youngster for the same amount.

However, the 24-year-old pacer has had a minimal impact this season, having picked up only four wickets in six matches for his side.