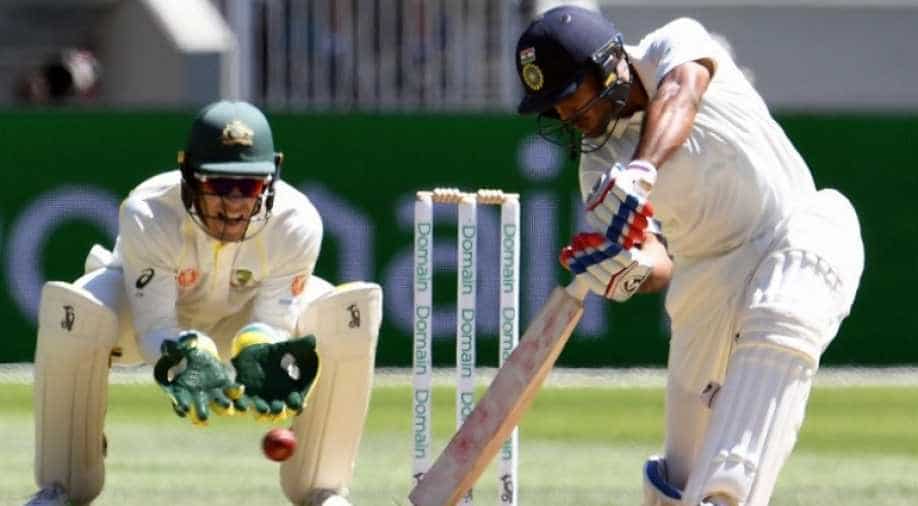 After sledging Virat Kohli and Rohit Sharma, Australian captain Tim Paine was at it again from behind the stumps with Rishabh Pant at the receiving end.

Australian skipper Tim Paine is gathering all kinds of attention in the ongoing India-Australia Test series apart from his wicketkeeping skills. On the third day of the Melbourne Test, Paine sledged Indian wicketkeeper Rishabh Pant and the conversation was recorded on the stumps mic.

When Pant was batting, Paine said, "Now that big MS back in the ODI squad, maybe he could play for the Hobart Hurricanes, this bloke [Pant]. We need a batter. Fancy that Panty, extend your little Aussie holiday? Beautiful town Hobart too. We'll get you a nice apartment on the waterfront, have you over for dinner."

He further added, "Do you babysit? I can take my wife to the movies while you watch the kids."

Pant and Mayank Agarwal not out as India built a 346 run lead as Australia were bowled out for 151 in their first innings, in reply to the tourists 443-7 declared.

Tim Paine doing some recruiting for the @HurricanesBBL out in the middle of the 'G... 😂 #AUSvIND pic.twitter.com/6btRZA3KI7

The banter continues...
Now it's for #RishabhPant

"Left out of India's ODI squad, Rishabh Pant will have some free time after the Test series."

Tim Paine had a couple of suggestions for how he can use it.

Baby sitting? 👶
A stint with the Hobart Hurricanes? 🌪️#AusvInd pic.twitter.com/udTtqB9Q1i

Earlier, Paine and his banter with Virat Kohli became a talking point in the Perth Test and he was at it again from behind the stumps with Rohit Sharma at the receiving end on the second day of third Test.

In the Perth Test, Paine was involved in a heated verbal exchange with Kohli, which at one point, needed the umpires' intervention.

Yesterday, Paine was caught on the stump microphone telling team-mate Aaron Finch that he would join Mumbai team in Indian Premier League if the stylish Indian hits a six at the MCG, during the post-tea session.

Recently, the Australian Cricketers' Association (ACA) has expressed concerns over the use of stump microphones, with its chief Alistair Nicholson saying it doesn't want players to get unnecessary sanctions for "unintentional and accidental" on-field conversations.

According to media reports here, the ACA has already aired its reservations on stump microphones to broadcasters.

The ACA said it's not against the use of stump mics but wants clarity over the "rules of engagement".