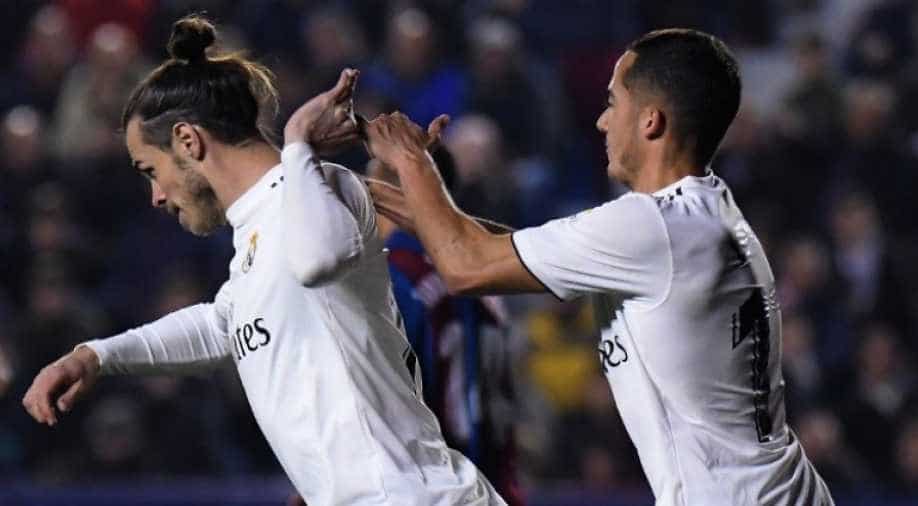 Gareth Bale scored a penalty from the spot but barely celebrated the goal, brushing away teammates who tried to congratulate him.

Real Madrid coach Santiago Solari praised Gareth Bale who gave a cold reaction following his winning goal against Levante on Sunday. The European champions defeated mid-table Levante 2-1 after a controversial penalty that rode their luck to stay within nine points of leaders Barcelona.

The first goal was netted by Karim Benzema just before half time after the Video Assistant Referee system confirmed a handball.

After that Real were then awarded a hotly-contested penalty following another VAR review when Casemiro went down theatrically after light contact from Levante substitute Cheick Doukoure.

Bale deceived Levante keeper Aitor Fernandez with an ice-cool finish from the spot.

However, the celebration of the goal was a bit shocking as the teammates converged to celebrate, the stony-faced forward - who had only just come on as a substitute - brushed them away and jogged back to the centre circle.

Despite that Real Madrid coach spoke highly of Bale, he said, "He was ecstatic in the locker room for the goal he scored, and I do really liked the way Gareth (Bale) played the game."

"He gave us the victory and helped a lot in attack when we were reduced to 10-men. He played a great game," he added.