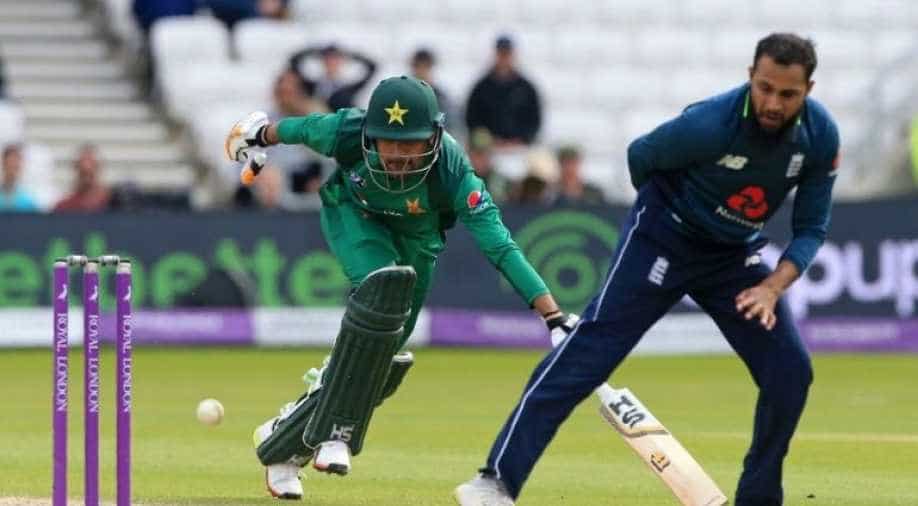 'We have taken some positives but we need to sort out our bowling and fielding,' said Sarfraz Ahmed

Ahead of the Cricket World Cup 2019, England are boosted by a 4-0 series win against Pakistan in the five-match One-Day International series, the first match was washed out.

In the final match, Chris Woakes took five wickets as England beat Pakistan by 54 runs to win the match at Headingley on Sunday.

In the match, England bowler Adil Rashid pulled off a magnificent run out to dismiss Pakistan's Babar Azam.

In the 27th over, Sarfraz was batting and set off for a single.

But England wicket-keeper Jos Buttler moved quickly from behind the stumps to throw the ball to the bowler's end where Rashid, with Babar trying to regain his ground, flicked the ball onto the stumps from behind his back without looking to complete a run-out.

Rashid, in front of his Yorkshire home crowd, then dismissed Shoaib Malik with a diving left-handed catch off his own bowling.

Sarfraz was denied what would have been his third ODI hundred in bizarre fashion.

Fabulous work from Adil Rashid! A back-flick onto the stumps without looking does for Babar (80)...

England will have to reduce their 17-man squad to 15 for the World Cup and captain Eoin Morgan told BBC Radio's Test Match Special: "I could pick 17 at the moment. It is going to be an extremely tough selection."

"We have taken some positives but we need to sort out our bowling and fielding," he added.