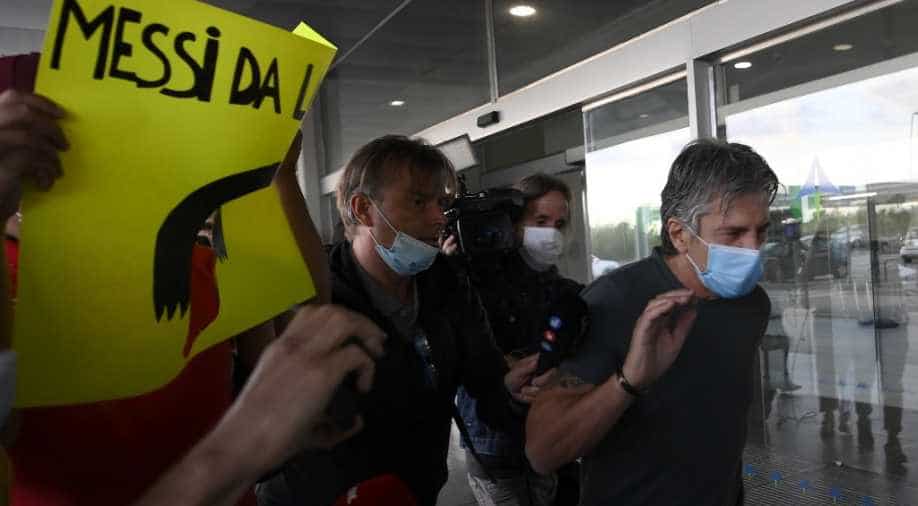 Media hoarded Jorge Messi as soon as he arrived in Barcelona while answering some of the questions asked by the Spanish media present in the scene. When a reporter asked him whether Messi will leave Barcelona, Jorge said: “I don't know”.

Lionel Messi’s father Jorge on Wednesday morning arrived at Barcelona, Spain to hold talks with club president Josep Bartomeu regarding the future of six-time Ballon d’Or winner. There is massive anticipation surrounding the meeting between Jorge and Bartomeu as fans expect to see a clearer picture of what future holds for Messi.

Media hoarded Jorge Messi as soon as he arrived in Barcelona while answering some of the questions asked by the Spanish media present in the scene. When a reporter asked him whether Messi will leave Barcelona, Jorge said: “I don't know”.

The second question was asked to Jorge whether he sees Messi staying in the Nou Camp to which he answered “difficult” while refusing the claims that he has already held talks with Manchester City manager Pep Guardiola.

IN PICS | Lionel Messi's next team: Clubs who can really afford to sign the Argentine

IN PICS | What's next for Lionel Messi? A record breaking career in pictures

Jorge and Bartomeu are set for showdown talks on Wednesday afternoon in relation to Messi’s future. As per reports, Messi wants to leave his lifelong club and hasn’t changed his mind despite not showing up for PCR tests conducted by the Catalan club while missing out on the first training session under new manager Ronald Koeman.

Messi, last week, had sent a buro-fax to Barcelona asking them to allow him to leave for free, as per an existing clause in his contract. However, Barcelona refuse to listen to Messi and are firm that the EUR 700 million release clause is still active and if the Argentine maestro has to leave the club then the full amount needs to be paid.

Even La Liga jumped in between and issued a statement agreeing to Barcelona’s stance as the Spanish league said that the full release clause needs to be paid by any other team if they want to acquire Messi’s services.

While Jorge and Messi’s entourage are hopeful of getting into a mutual agreement, Bartomeu wants Messi to stay and sign an extension with the club.