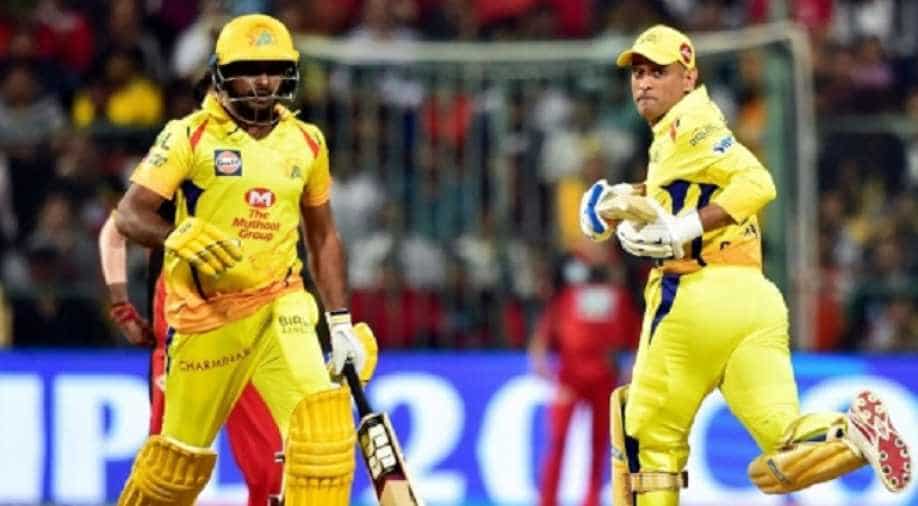 Dhoni and Rayudu run between the wicket during the IPL 2018 match against Bangalore Photograph:( PTI )

Skipper MS Dhoni led his team from the front to defeat Delhi in yesterday's game in the ongoing Indian Premier League (IPL).

The Chennai skipper was supported by another brilliant batsman&nbspAmbati Rayudu, who once again impressed with the bat yesterday.

But it was something else which made the match a memorable one.

On Monday, Dhoni and Rayudu were again at it, adding 79 runs in just six overs to reach a step closer to victory over Delhi.

However, on the penultimate ball of Chennai innings, an incident took place that led to a laugh riot.

Trent Boult, bowling the last over for Delhi, delivered a bouncer to Dhoni who went for a pull-shot.

The skipper only managed to get a slight edge with Rishabh Pant putting down a tough chance down the leg side.

Between all this, Rayudu decided to sneak in a single but Dhoni was not aware of it.

Rayudu even reached the striker's end but Dhoni asked him to go back.

The 32-year-old Rayudu tried to scramble back and get back to the non-striker's end but Boult threw down the stumps, ending his stay.

Dhoni ended up being unbeaten on 51 off 22 balls as Chennai posted a big 211 for four.