Watch: A-League player comes out as gay, releases emotional video: 'It's OK to be gay and play football' 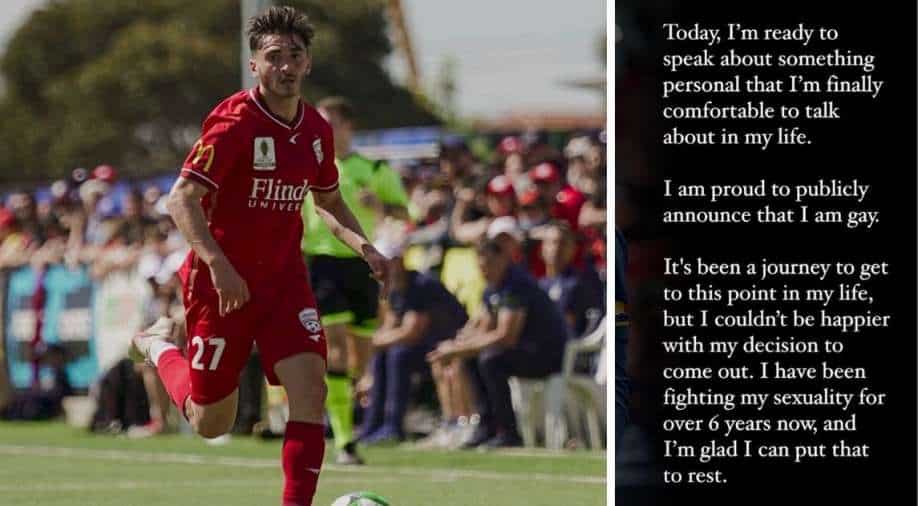 Josh Cavallo's announcement has prompted supportive comments from his team, the A-League and Football Australia and from top footballers like Antoine Griezmann and Gerard Piqué

"I'm a footballer and I'm gay," A-League's Adelaide United midfielder Josh Cavallo revealed on Wednesday (October 27) that he was gay. He became the first openly homosexual footballer to come out while still playing in the Australian league.

In a video shared on his official Twitter handle, Josh announced that he was "ready to speak about something personal" as he was "finally comfortable" to talk. He also added that he was done with feeling ashamed about his sexuality and the exhaustion of trying to live a "double-life".

Cavallo, who has represented Australia at the under-20 level, said, "All I want to do is play football and be treated equally. I'm tired; trying to perform at the best of your ability and to live this double life, it's exhausting. It's something that I don't want anyone to experience."

His announcement has prompted supportive comments from his team, the A-League and Football Australia and from top footballers like Antoine Griezmann and Gerard Piqué.

The 21-year-old said, "Coming out to my loved ones, my peers, my friends, my teammates, my coaches has been incredible. The response and support I have received is immense. It's starting to make me think that why have I been hiding this burden for so long? I want to inspire and show people that it's OK to be yourself and play football. It's OK to be gay and to play football."

Hey @JoshuaCavallo, I don’t have the pleasure to know you personally but I want to thank you for this step that you take. The world of football is far behind and you are helping us move forward. https://t.co/pe8xdJl15i

Thank you @JoshuaCavallo for your strength and bravery...

The world of football is a better place today, because of you ❤️ https://t.co/bdUtBpzmHv

Proud of you @JoshuaCavallo for your strength and bravery.

Cavallo said Thomas Beattie, a former youth player for English club Hull City who came out in 2020, had been a "role model" in helping him on his journey and hoped their example might help change things for other young gay men in sport.