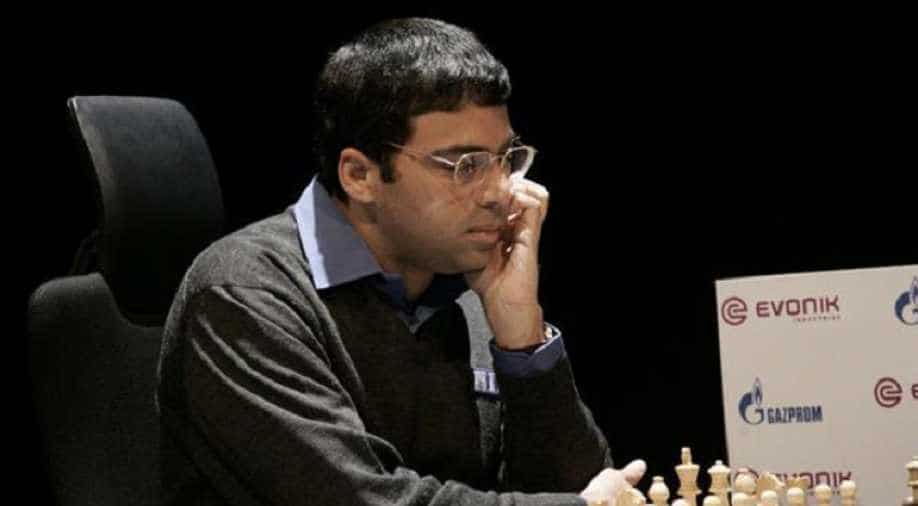 Anand went for a full bloodied battle by pushing his king side pawns early in the game,

Former world champion Viswanathan Anand was held to a draw by Vladislav Artemiev of Russia in the eighth and penultimate round, ending the Indian challenge in the Isle of Man International Chess tournament here Sunday.

Up against the Sicilian Najdorf, Anand went for a full bloodied battle by pushing his king side pawns early in the game, but the Russian seemed familiar with the setup as he broke through in the centre leading to positions akin to French defense.

The typical structure gave ample counter play to black and once the Queens got traded there was little chance for either players. The game lasted 32 moves.

S P Sethuraman continued with his fine form and drew with last world championship finalist Sergey Karjakin of Russia but this result only helped him reach 5.5 points along with Anand.

At the top of the tables, Arkadij Naiditsch of Azerbaijan downed Hikaru Nakamura of United States to reach 6.5 points out of a possible eight games. Giving him company at the helm was Radoslav Wojtaszek of Poland who worked as second for Anand for many years.

With two leaders on 6.5 points, Maxime Vachier-Lagrave of France, Wang Hao of China, American youngster Jeffery Xiong and Englishman Gawain Jones shared the third spot on six points each. Among these, Gawain Jones came up with a splendid effort to beat Levon Aronian of Armenia.

There are eighteen players tied for the seventh spot with just one round to come in the 133000 Pounds Sterling tournament. This includes Anand, Sethuraman, Vidit Gujrathi who beat Svane Rasmus of Germany and B Adhiban who put it across Christiansen Johan-Sebastian of Norway.

The Indian women faltered in this round as both Tania Sachdev and Eesha Karavade ended on the losing side. V Vishnu Prasanna proved stronger than Tania while Eesha lost to young lad Prithu Gupta to remain on 3.5 points.