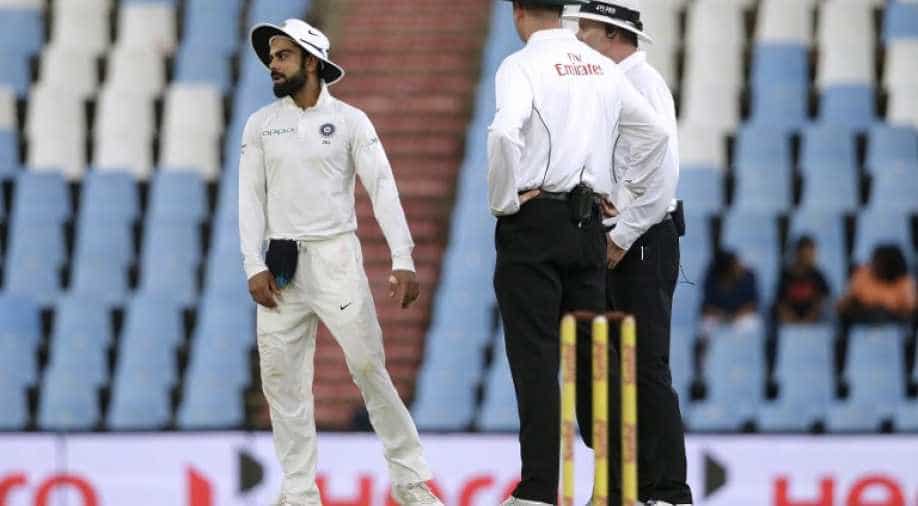 On the Day 3 of the second Test against South Africa at Centurion Indian skipper Virat Kohli was penalised 25 % of match fee for “conduct that is contrary to the spirit of the game.”

Kohli also received one demerit point for his Level 1 offence, along with the fine for breaching ICC's code of conduct.

The incident occurred in the 25th over of South Africa’s second innings. The Indian captain was seen complaining to field umpire Michael Gough about the ball being affected by a damp outfield following a shower in the third session. Kohli then threw the ball on to the ground “in an aggressive manner”, field umpires complained to the match referee Chris Broad.

Captain Kohli has accepted the accusation and pleaded guilty to the offence.

Level 1 breach warrants an official reprimand, a maximum penalty of 50% of a player’s match fee, and one or two demerit points, according to the ICC.