Virat is one of leading players of all time, but never believed in comparisons: Tendulkar 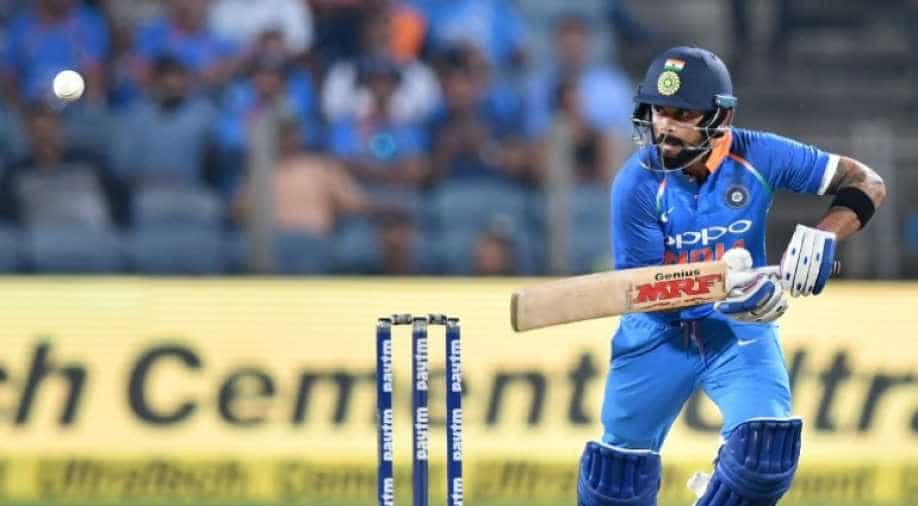 Virat Kohli sauntering towards Sachin Tendulkar's records that once looked staggering and seemingly unsurpassable has amazed the icon, who Thursday called the Indian captain one of the greatest but said he "never believed" in comparisons.

Recently Kohli surpassed Tendulkar to become the fastest player to score 10,000 One Day International runs. He is also inching towards Tendulkar's record for highest number of ODI hundreds (49), having notched his 38th ton in Pune in the third game against West Indies.

The legendary player was speaking after the first India camp of the Tendulkar Middelsex Global Academy began at the D Y Patil Stadium. His childhood friend and former India batsman Vinod Kambli also mentored the kids.

Tendulkar categorically stressed that he did not believe in comparisons.

"I think first of all, like how Virat has said and I have been saying for 24 years that I have played. I have never believed in comparison. Each generation if you take from the time cricket was played from day one to now, the change has been constant.

"But within that generation also I personally believe there should not be any comparison, because every individual whatever he or she does needs to be respected and judge by itself, it doesn't have to be always judged by comparing someone and I don't believe in that (comparisons)," Tendulkar noted.

Shaw made a dream debut to his Test career by slamming a hundred in the first Test against West Indies in Rajkot.

"I think I can talk about Prithvi. I have never given my opinion on selection whether who should be picked and who should be dropped. And I would like to maintain it that way, because that is like influencing the selectors to do something. But just if I have to look at Prithvi as a player, he's progressed tremendously.

"I feel with the age he is only going to get better and better. So Prithvi is someone who will continue to perform well. Yes Australian trip is gonna be a good exposure to him. And whatever I have seen, he is fast-learner. So I see him ready for that.