Vijay Shankar focusing hard on his preparation for World Cup 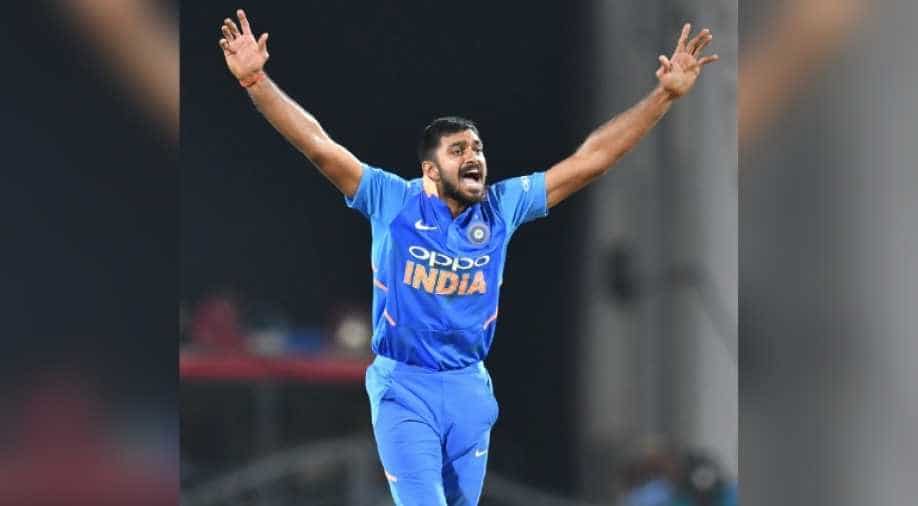 India's Vijay Shankar seemed all focussed on his preparation for the Cricket World Cup 2019, which is scheduled to kick-off from May 30.

"This year has been pretty good, I had a good 'A' series in New Zealand recently which got me the Indian team call-up and it changed after that. I'm not someone who expects things to happen, I focus hard on my preparation," ICC quoted Vijay Shankar as saying.

Vijay Shankar will make his World Cup debut and is one of the suitable candidates to play on the fourth spot for India.

"I will keep working hard on all aspects of my game, whenever the opportunity comes I will always try my best for the team. The last few years, from travelling, you see a lot of supporters all over the world, and they're definitely going to be there (in England), 50/50 sometimes," he added.

Shankar described representing his country as the 'best thing' and said that they will deliver based on what they have practiced and worked hard for.

"It's going to be really nice to experience that and I'm looking forward to that experience. Even if it is just one match that I win for the team, I'll be very happy about that," he said.

"The pressure is going to be there every game, but if we starting thinking about the bigger stage and how it is a World Cup it can affect your own instincts. Whatever we have practised and worked hard for, it is important to go in and react to whatever happens. You just have to be prepared for whenever you get the opportunity. You have to enjoy it, because it is the best thing to represent your country," he said.

India will start their World Cup campaign against South Africa on June 5.