Video Assistant Referee is a blessing for FIFA World Cup 2018 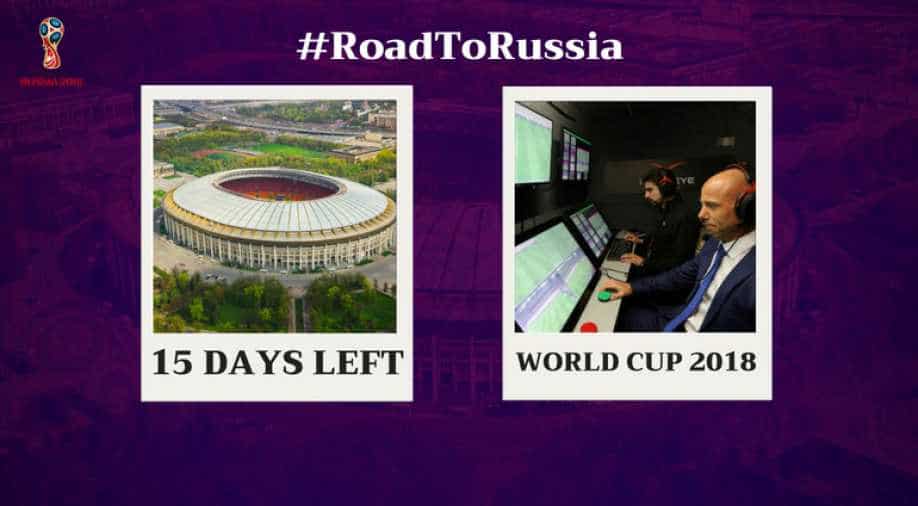 Video Assistant Referee (VAR) technology has been implemented in the Football World Cup 2018 and it has become the major talking point for the event which will kick-off from June 14. The introduction of technology is considered as the game-changing by FIFA.

In October 2017, FIFA head Gianni Infantino said: "We can't imagine a World Cup in 2018 being decided by a referee's error."

The process of VAR will work on two ways, the referee will request a review after making a decision or the VAR team can recommend reviewing a particular decision.

VAR operates on a three-step process of the incident, review/advice, decision.

The referee can immediately overturn the call based on the VAR's advice, review the incident themselves on a monitor on the touchline or stick with their initial decision.

VAR will look to ensure that the correct decision was made regarding the award or non-award of a penalty, a goal, penalty decisions, after a straight red card or in cases of mistaken identity.

"If there is something away from the action that has been missed and it later comes to the attention of the VAR or the assistant VAR, then they can inform the referee and he can send the player off, even if it is later in the match," IFAB technical director David Elleray told The Times.

"We do not anticipate this happening very often... this would only be for serious red-card offences."

The VAR system will be rolled out for the first time at a World Cup at the June 14 to July 15 tournament in Russia.