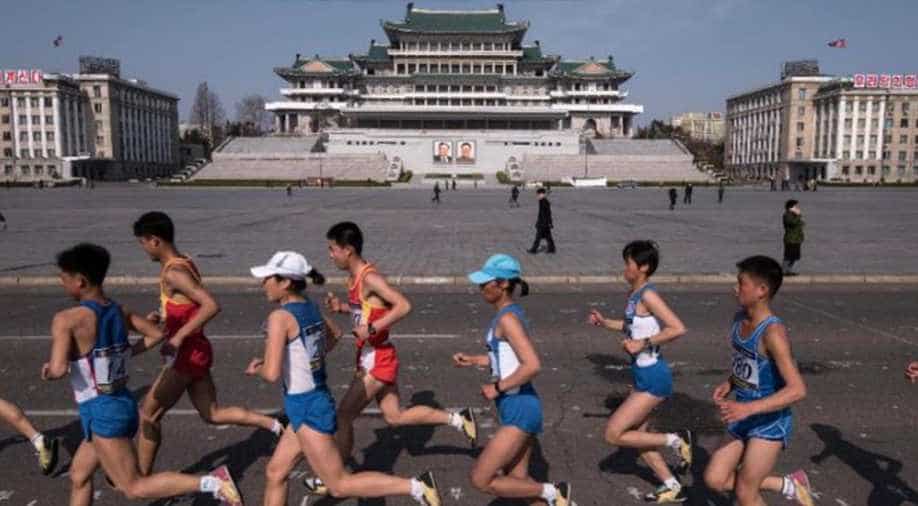 the United States banned its citizens from visiting North Korea after the death of Otto Warmbier Photograph Photograph:( Twitter )

Described as North Korea`s "biggest hit of the year," next month`s Pyongyang Marathon is expected to have half as many foreign participants as last year, tour operators say, as political tensions and a ban on U.S. visitors take their toll.

In July last year, the United States banned its citizens from visiting North Korea after the death of Otto Warmbier, an American university student who died after being released from 17 months of detention in North Korean.

"Tourism came close to collapse, there were far fewer tourists," said Simon Cockerell, general manager of Koryo Tours, noting that the market was small and easily susceptible to swings.

Tourism numbers have slowly risen amid an easing in those tensions over the past few months - driven by a revival of inter-Korean talks and a push for a summit between Pyongyang and Washington - but that hasn`t translated to a major turnout for the year`s biggest tourism event, operators said.

"Our tourist numbers for our scheduled group tours to North Korea have steadily grown. However, the amount of attendees to this year`s Pyongyang marathon event are down considerately," said Rowan Beard, a manager with Young Pioneer Tours, who noted one of the biggest reasons for the drop is a lack of Americans.

"The majority of the runners who had joined us previously were Americans," he said, describing the marathon as "the biggest hit" of last year. "They were really keen to come to Pyongyang, compete against the locals and check out the country they constantly saw in the news back home."

Last year saw an unusually large number of foreign runners, with around 1,000 participating, while this year around 500 are expected, Cockerell said.

"The marathon, the biggest event that draws tourists at the moment, is less than half the size it was last year," he said.

The American travel ban remains in place for all except a few categories of humanitarian workers and journalists, and in January the U.S. State Department began warning Americans who travel to North Korea or other risky countries to draft a will and discuss their funeral wishes with family members before leaving.

"Honestly I think Americans visiting in jeans and t-shirts can do more than Americans in full combat gear," he said.

Rupee hits a 4-week high, up 9 paise against US dollar

Seven Pakistan firms listed by US for posing risk to national...

US: Man makes rocket, gets in, hits launch