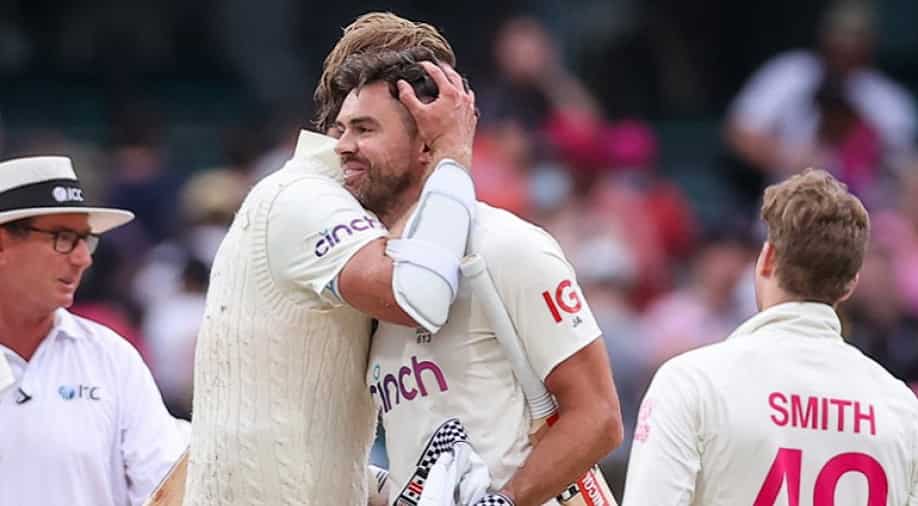 England are at the bottom of the World Test Championship points table. Photograph:( AFP )

Here is a look at the updated World Test Championship (WTC) points table after England's thrilling draw in the fourth Test against Australia in the ongoing Ashes 2021-22.

England managed to pull off a nail-biting draw against Australia in the fourth Test of the ongoing Ashes 2021-22 at the Sydney Cricket Ground (SCG) in Sydney on Sunday. It was a dramatic end to the Test match as England's last pair of Stuart Broad and James Anderson survived the final two overs of the fifth day's play to help the visitors save the Test match.

Australia were on the verge of their fourth straight win in the ongoing Ashes 2021-22 when Steve Smith dismissed Jack Leach on the final delivery of the 100th over with the hosts requiring only one wicket to win. However, Broad and Anderson defended exceptionally well to deny Australia a victory at the SCG.

Australia slipped to the second spot in the World Test Championship (WTC) points table after the draw against England as they now have 40 points with three wins and one draw in four matches and a win percentage of 83.33. Sri Lanka have regained the top spot with a win percentage of 100.

Check out the updated WTC points table after the 4th Ashes Test: 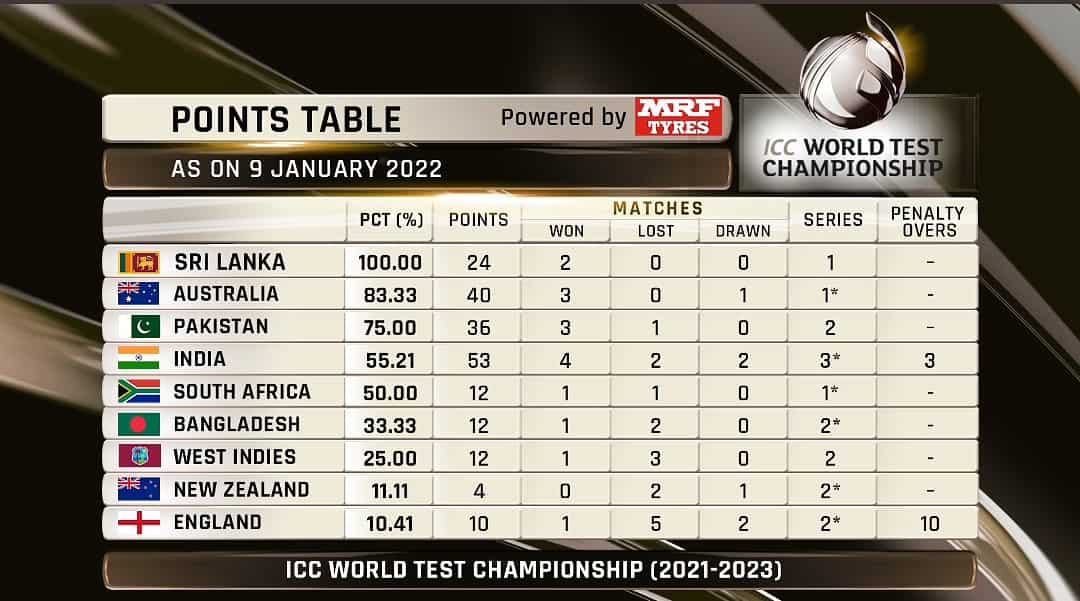 Khawaja's unbeaten ton once again put Australia in a commanding position as the hosts declared on 265/6 in their second innings to set England a target of 388 runs. Some splendid batting performances from the likes of Zak Crawley, Ben Stokes and Jonny Bairstow along with the fight from the final pair of Broad and Anderson saw England draw the game.

Australia are leading the five-match series 3-0 and have already clinched the prestigious urn, while Englad are yet to open their account in the series.