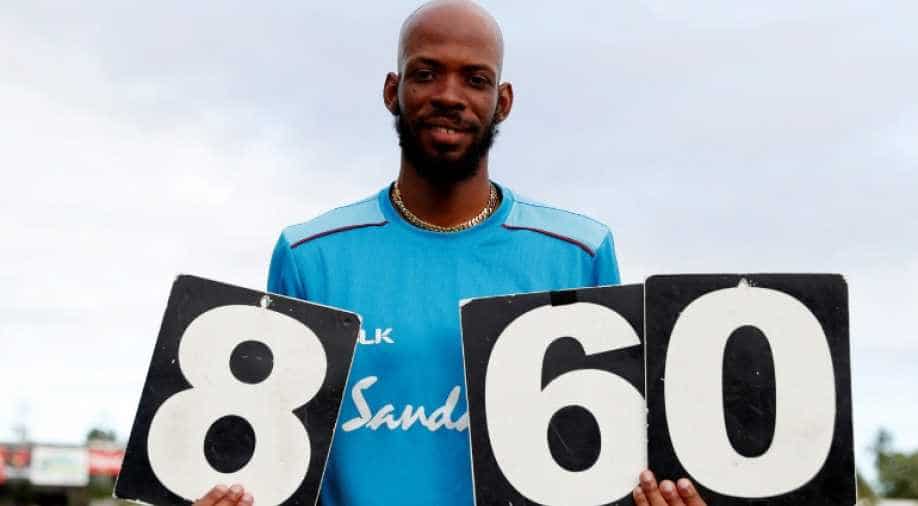 Roston Chase, who engineered West Indies' demolition of England in the first Test on Saturday, started his second-innings bowling spell to give the team's pace quartet a breather as much as anything.

A few hours later he had joined an elite list of West Indies' bowlers with eight wickets or more.

Chase did not extract a great deal of turn from the Kensington Oval pitch in Barbados, but flighted the ball beautifully and, aided by some poor England batting, emerged with the figures of eight for 60.

"Looking at the wicket, I always thought I would come into play in the second innings," he told reporters.

With the home team having opted for a line-up lacking a specialist spinner, captain Jason Holder had few options other than to use Chase, a batting all-rounder who entered the match with a Test bowling average of more than 40.

Roston Chase finishes with remarkable figures of 8/60 as the Windies win by 381 runs. pic.twitter.com/OyscpELsyL

"Jason Holder is a legend in my eyes" – Roston Chase lavished praise on the Windies captain after the Barbados Test triumph.#WIvENG REACTION ⬇️https://t.co/Ney0lacQvZ pic.twitter.com/kqPuw5UT6Q

"The quicks set it up for us in the first innings and (spin bowling coach Mushtaq Ahmed) told me I'm going to have to bowl 25 overs in the second innings, to get my mind ready for it, so I was always prepared to do some work, to give the pacers a rest," he said.

Chase's first wicket was perhaps his best and most important, clean bowling Rory Burns for 84 with a ball that found the gate between bat and pad.

"I started to pick up some wickets and it went from there," said Barbados-born Chase, 26.

"I just tried to be consistent and land it my areas, despite what the batsmen were doing, put some revs on the ball and vary my pace a bit."

He fittingly delivered the final blow by having Sam Curran stumped for 17, sealing a 381-run win for the hosts.