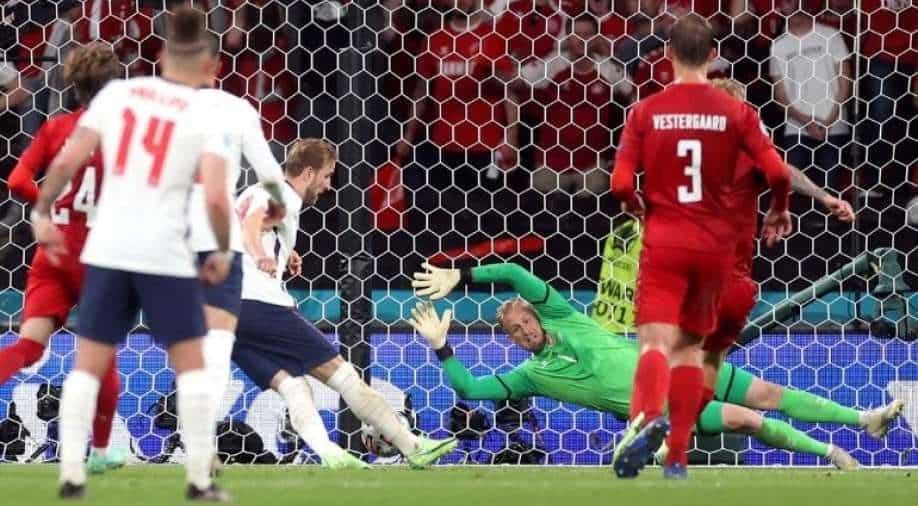 Kasper managed to save Kane's shot during the penalty but could not save the ball on the rebound.

European football body UEFA on Thursday has opened disciplinary proceedings against England after a laser pen was shone at Danish goalkeeper Kasper Schmeichel during a crucial penalty in the semifinals match of the Euro 2020.

According to the television footage, the Danish goalkeeper was targeted by an English fan at Wembley with a green laser as England captain Harry Kane stepped up for a penalty in extra time. England skipper went on to score and give the hosts a crucial lead to take them to the very first finals of Euros.

Kasper managed to save Kane's shot during the penalty but could not save the ball on the rebound.

UEFA said it was also investigating England over fans' lighting of fireworks and disrupting the national anthem.

"The case will be dealt with by the UEFA Control, Ethics and Disciplinary Body in due course," UEFA said in a statement.

England are looking to win their first major trophy since the 1966 World Cup and play Italy in the European Championship final at Wembley on Sunday.