After missing out on WC qualification, Ukraine bounce back to beat Ireland 1-0 in Nations League 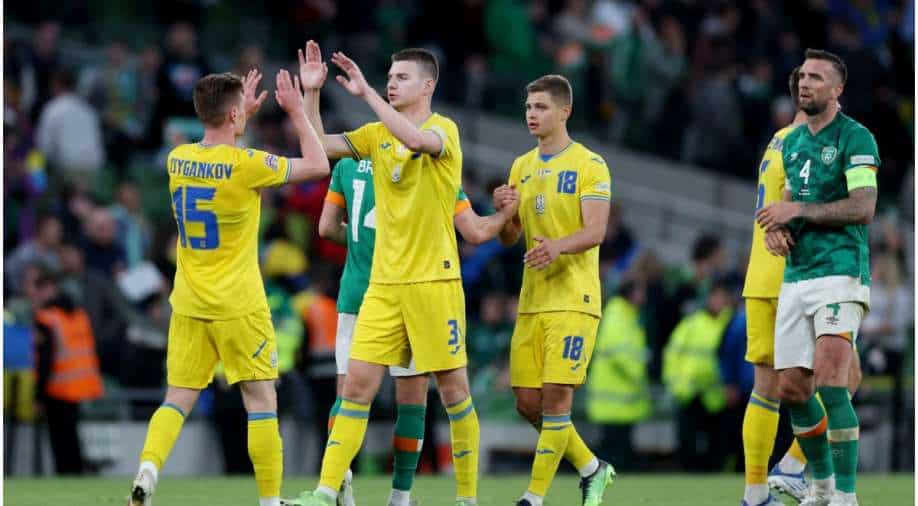 A moment during the match Photograph:( Reuters )

Ukraine on Wednesday left behind disappointment of not qualifying for World Cup as they kickstarted their UEFA Nations League with a victory against Republic of Ireland. Ukraine won 1-0.

Ukraine was beaten by Wales in the World Cup qualifying playoff final on Sunday, but they proved to be the better team against Ireland. A set-piece goal from midfielder Viktor Tsygankov sealed the three points for the war-torn nation.

Ukraine nearly took the lead from a counter-attack late in the first half when Taras Kacharaba found the back of the net with a stunning half-volley from outside the box but the effort was ruled out for offside in the build-up.

Tsygankov came on as a halftime substitute and made an instant impact when his curling free kick missed everyone, bounced in front of the keeper and ended up in the corner of the net.

The defeat has left Ireland at the bottom of the group. In their first game, they suffered defeat at the hands of Armenia.

The Irish FA had handed out 3,500 tickets to Ukrainian refugees for this match held in Dublin. There were other pockets of blue and yellow around the Aviva Stadium.

"This is a very difficult time. The Ukrainians who came to see us play in Ireland were accepted by the incredible Irish hospitality and people," Petrakov said.

"You took our women and children who were basically risking their lives back in Ukraine. I want to thank the whole island," he said referring to Ukrainian refugees in Ireland.

"Those Ukrainians in the stand just wanted to see some positivity from the team but they are really longing to go home to Ukraine.

"We made them a little bit happier tonight. That is the major achievement in my view."