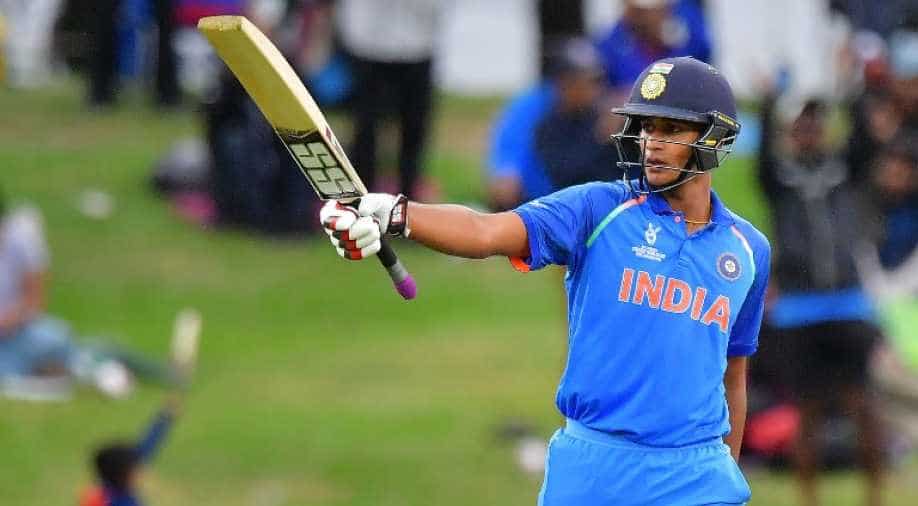 Australia won the toss and opted to bat in the final match of U-19 World Cup against India and has set a target of 217 runs.

Prithvi Shaw and Manjot Karla gave a good start for the team but Shaw could not convert his start into a big score and lost his wicket to Will Sutherland after contributing 29 runs for the team.

Manjot Karla and Shubman Gill looked good at a moment but Param Uppal took Gill's wicket and saw him off.

Manjot Kalra slammed an award-winning century. The way Kalra was hitting and by looking at his record in previous matches this performance was expected of this young star.

Four overs into the India chase and rain has sadly arrived in Tauranga. The covers come on with India 23/0 ☔ #U19CWC#AUSvIND LIVE ➡️ https://t.co/BU9XqVZ41U pic.twitter.com/sQfSgzEM6x

In the first innings, Ishan Porel struck twice and took two crucial wickets to give an early shock to the Australian side.

Jack Edwards and Max Bryant lost their wicket to Ishan Porel after scoring 28 and 14 respectively. Then Kamlesh Nagarkoyi came in and outbowled the Australian skipper Jason Sangha. It was a big blow to the Australian side.

Jonathan Merlo helped the team to recover from early losses and found a determined ally in Param Uppal, together they tried to push the run rate.

Anukul Roy helped to break the partnership by taking both the wickets. Uppal lost his wicket after scoring 34 and Merlo edged the ball into the safe hands of Shiva Singh.