'Too early to judge': Gautam Gambhir responds to KL Rahul's critics after his poor captaincy vs South Africa 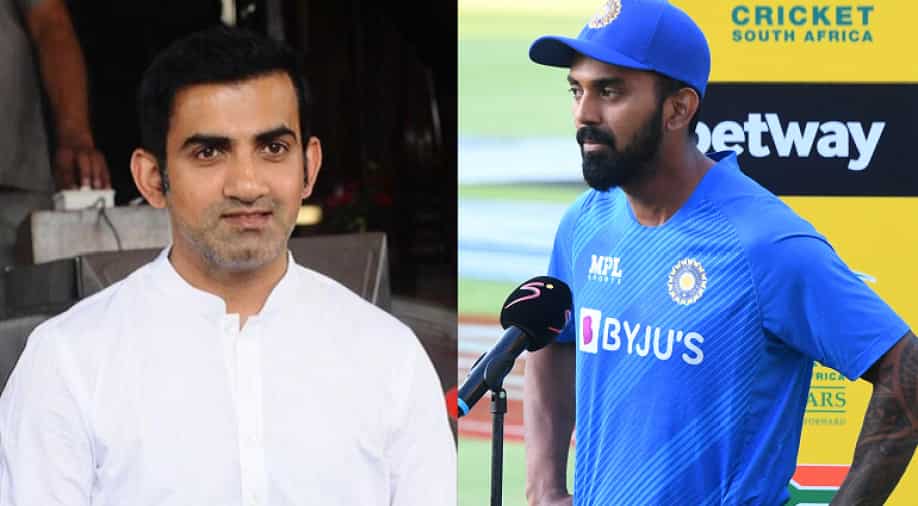 Gautam Gambhir has responded to KL Rahul's critics by stating that it is too early to judge after only 4 games for him as captain of the Indian team.

Former India opener Gautam Gambhir has defended KL Rahul after intense criticism over his poor captaincy in the recently-concluded ODI series between India and South Africa. Rahul-led India suffered a 3-0 whitewash in the three-match series against the hosts. Rahul had been asked to lead the side against the Proteas in the absence of regular skipper Rohit Sharma, who was out injured.

Rahul has been facing intense criticism for his poor captaincy in the series with many questioning his leadership credentials. However, Gambhir has responded to the star batter's critics and said it is unfair to judge Rahul so early.

"Sometimes we start relating someone just with performances and the results. It's too early to judge someone by just captaining 4 games," Gambhir was quoted as saying by India Today.

While Rahul is yet to win a game as the captain of the Indian team, he led Punjab Kings for two seasons in the Indian Premier League (IPL) where he failed to take the team to the playoffs in both seasons. Rahul has now left Punjab to join the Lucknow Super Giants team ahead of the new season and Gambhir has been roped in as the mentor of the Lucknow franchise.

Gambhir believes Rahul has the attributes of a great captain and has a bright future as a leader in the game. Rahul will lead Lucknow Super Giants in their debut season in the IPL this year. Though Gambhir admitted Rahul is a work in progress as captain, he believes the star batter has the qualities to become a successful captain.

"But the most important attribute a leader should have is he doesn't fly too high that he doesn't go down too deep either. That is probably the best quality KL Rahul has. Always captaincy is a work in progress. You can never say, as a player or as a leader, that you have achieved everything. You want to keep improving every day. You got to be the best of yourself till the last day of your career," said Gambhir.

"Whatever I have seen of KL, he has a great, great future ahead not only as a batter but as a leader as well. Because that is a quality that very few people have - being calm and composed. When you start doing that, that reflects on the entire team as well.

"When you have that kind of leader, the entire squad will benefit a lot. And I am sure he is going to do that, knowing the kind of person that he is," added the Lucknow Super Giants mentor.

Rahul, who has not had great campaign as captain in the IPL in the last two seasons, will be hoping to spark a turnaround this year as the skipper of the Lucknow Super Giants. The newly-introduced franchise has roped in Australian all-rounder Marcus Stoinis and young Indian spinner Ravi Bishnoi ahead of the IPL 2022 mega auction.