Toni Kroos: Footballers are just 'puppets' for UEFA and FIFA 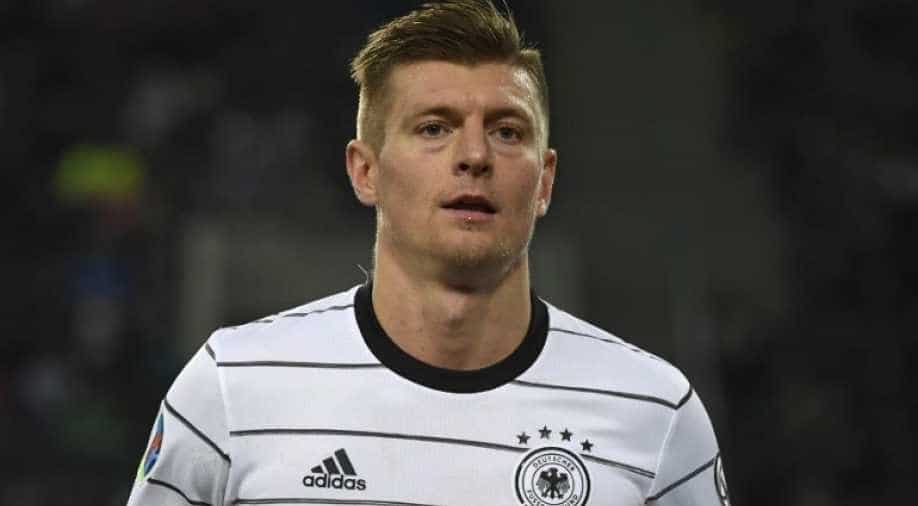 Toni Kroos during match between Germany and Belarus Photograph:( AFP )

German international and Real Madrid midfielder Toni Kroos feels that footballers are just “puppets” used by governing bodies like FIFA and UEFA while being powerless in discussions about competitions such as the Nations League or the much-discussed European Super League.

German international and Real Madrid midfielder Toni Kroos feels that footballers are just “puppets” used by governing bodies like FIFA and UEFA while being powerless in discussions about competitions such as the Nations League or the much-discussed European Super League.

"At the end of the day, as players, we're just puppets for all these new things which are invented by FIFA and UEFA. Nobody asks us," Kroos said in his podcast 'Einfach mal Luppen'.

Kroos, who took the field for the 100th time for Germany last month, has been named in the squad for Wednesday’s friendly against the Czech Republic as well as Nations League games against Spain and Ukraine.

The 2014 World Cup winner reckons players "wouldn't be playing in the Nations League, nor a Spanish Super Cup in Saudi Arabia, nor a Club World Cup with 20 or more teams” if they were asked about the competitions.

The Real Madrid superstar further said that such tournaments are planned "to suck out everything financially, and, of course, physically from every single player - and then some."

In October, outgoing Barcelona president Josep Bartomeu claimed that the European Super League could soon become a reality.
Kroos said a league comprising Europe's top 18 clubs would be "a very, very interesting thing in sporting terms" which would generate large television audiences, but it risks widening the gap between the continent's elite and the rest.

"It is also good to leave certain things just as they are when they are good," Kroos added, referring to the current Champions League, European Championship and World Cup formats as "top products".

Meanwhile, Kroos hasn’t hit the form he would have wanted for Real Madrid in the ongoing 2020-21 season with the Los Blancos struggling in both La Liga and UEFA Champions League.