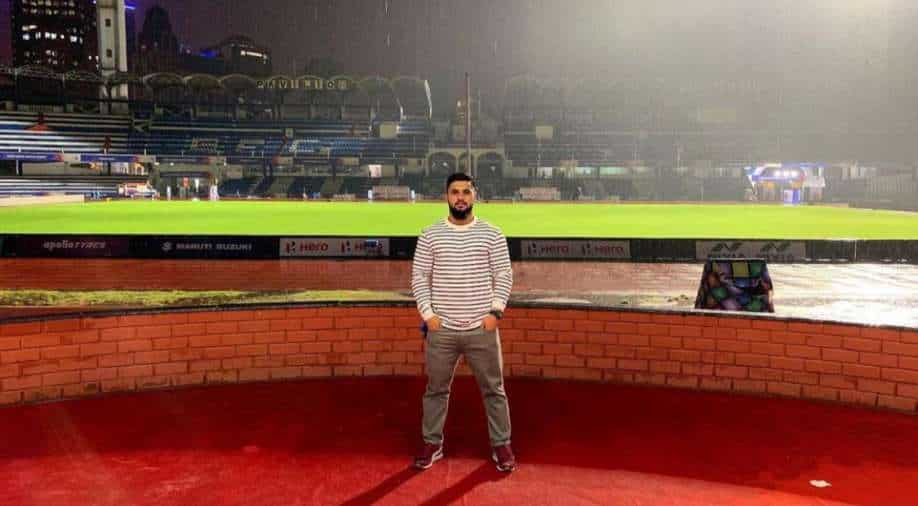 Wilbur Lasrado, Player Relation Manager with Inventive Sports UK, is one of the names who is making the lives of footballers better. In an interaction with WION, Wilbur provides insights into the world of football business, his journey so far in the footballing industry, managing footballers, the impact of the Indian Super League and much more.

If you are a European football fan then the names of Jorge Mendes, Mino Raiola, Jonathan Barnett must be familiar. They are the biggest and some of the most influential managers in the world of football. Switch back to Indian football, which is still trying to spread its wings with another much-awaited season of Indian Super League. Many of the Indian football fans will reckon there is not much work or scope for a football agent in India. Wrong, with the footballing landscape ballooning in India and professionalism creeping in with each passing day, the scenario is drastically changing.

Indian footballers are steadily becoming household names. Earlier, in the mainstream, it was limited to the likes of Sunil Chhetri. However, things have changed exponentially grown not only for other top footballers but also for youngsters. Thanks to these agents, who toil hard not only to bring the best footballing deal on the table for their clients but also to provide them with the best possible deals in a bid to make them grow in the professional world.

Wilbur Lasrado, Player Relation Manager with Inventive Sports UK, is one of the names who is making the lives of footballers better. In an interaction with WION, Wilbur provides insights into the world of football business, his journey so far in the footballing industry, managing footballers, the impact of the Indian Super League and much more.

“It all clicked whilst networking with the right people at the right time and soon after completing Bachelor in Management Studies and towards the end of 2017, I was introduced to Baljit Rihal - CEO of Inventive Sports, an established agent from London,” recalls Wilbur during the interaction with WION.

“Earlier, Baljit was only into International Players and having an Indian background himself he felt there was a lot more he wanted to do and contribute towards Indian Football and that’s where I was to add value and help take that on. Then we were fortunate enough to have Shakeel Abdulla from Kerala join us and the journey has been remarkable,” one of the known names in Indian football, Wilbur, adds. So does it help if you have played football in your career?

“Obviously, I have been friends with many of these top pros, and having played the game myself I knew what it would take me to fit in these players’ shoes. I realized many of these individuals face unique challenges as they try to move further in their careers. One thing which caught my eye was that there were football agents who worked only for the benefit of certain players and at times we're not able to cross the line for them. So, when the opportunity arrived, I gave it a thought as I felt I could do something differently,” Wilbur says.

But like every other profession, the football world highlights the ups and downs of life. Luckily, Wilbur got in touch with one of the top names in Indian football – Steven Dias – and life was never the same for him. 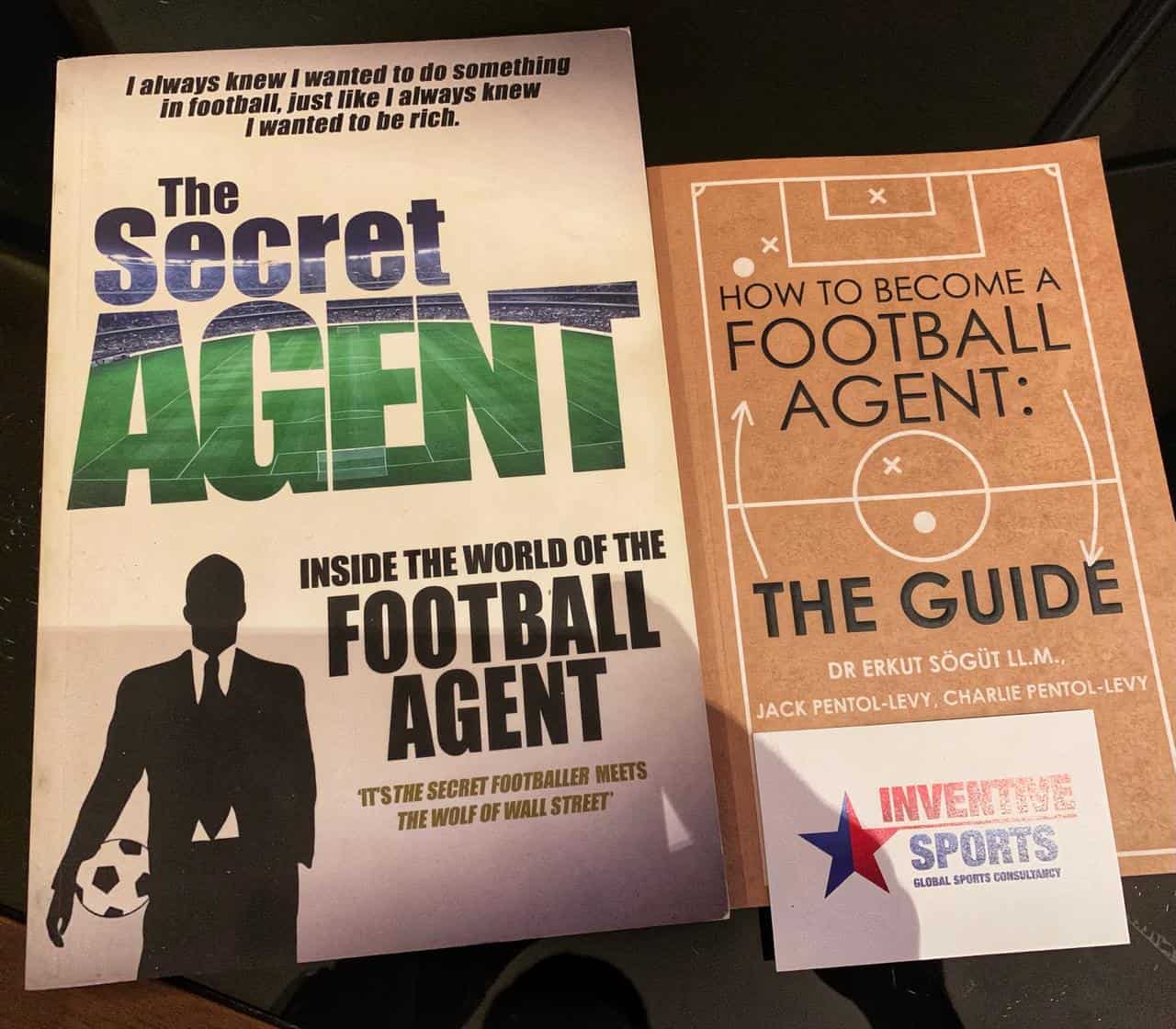 “The journey all began with a small step in the right direction. when I first decided to get into Football Agency, Steven Dias was the first person I spoke to. Steven as many knows is a legend of Indian Football. I shared a very good relationship with Steven and obviously, his reputation and experience within the industry were why I wanted to seek his opinion. All he said was Wilbur ‘this is a big and difficult industry to survive in, it is a very good thing, I know you are passionate about the game and you will do well.’” Wilbur narrates.

“I have always admired Steven both as a person and player and been a big fan of him right from the latter half of his playing days i.e. his time post his stint with Delhi Dynamos. He is a very honest, humble, respectful person, a true example not just as a professional but as a great human both on and off the pitch. His advice was simple - Make sure you work for the player, you are honest- because this job involves a lot of trust, stay humble, and above all respect the player at all times and don’t forget to keep grounded- you will go a long way!

“Obviously, it was never easy to start and I was prepared to face challenges, I was not someone to give up if something did not go right. I was extremely determined and hungry to be in the business, and there was no turning back and hence the rest is history,” he adds.

So how does one get into a football agency? Does it require formal education or training?

“Firstly, you do not need a formal education to become a football agent, but there are a few steps you can take to give yourself before you want to make a mark. First and foremost, you must be a good communicator. It is a very important pre-requisite in this job as you are going to act as a mediator between the player and the club.

“Secondly, you need to be thick-skinned and courageous. There will be a lot of challenges and one should be ready to face and overcome it. One needs to study the market and get some legal and business knowledge and know what is happening between the four walls of the industry. Make sure you network as much as possible. Understand the business. Read as much as you can, be outgoing, and open to feedback, learning, and implementation. Above all be honest’ to the highest capacity because if either of the party isn’t honest it can end up being a very dirty business,” Wilbur explains.

The Nivia balls have become synonymous with Indian Super League’s action. But hardly a few know about the hard work to get Nivia into India’s top-flight league. Sahal Abdul Samad, India’s most exciting talent and one of the household names in Indian football, is another example of agents making the lives of footballers better off the pitch. Wilbur is closely linked to these two examples. 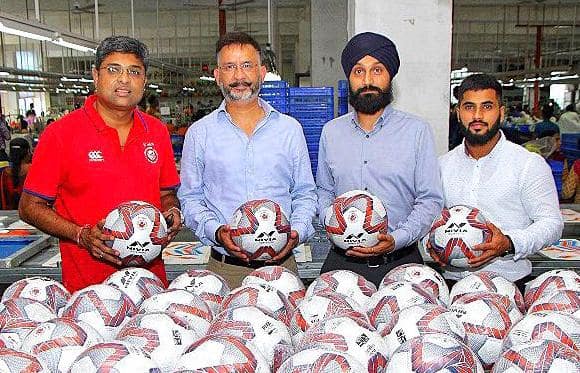 “If I have to pick two, one would be, being involved- behind the success of Nivia- the leading Indian Sports manufacturing brand signing a multi-year agreement with Football Sports Development Ltd to be the official ball partner of the Hero Indian Super League with a multi-crore deal starting from season 2018/19. It was something no one ever talked about, but I am glad that we were a part of the success of the development of Indian football. It was one of our biggest achievements in the industry so far.

“The second would one would be being involved behind the success of Sahal signing with global sportswear giant Puma as its new global ambassador who would join PUMA's roster of Indian players like Sunil Chhetri, Gurpreet Singh Sandhu and others alongside global players like Antoine Griezmann, Luis Suárez and Sergio Aguero. A deal which would also see him join the likes of Virat Kohli, KL Rahul, and Kareena Kapoor as a Puma Global Ambassador,” Wilbur beams with pride. 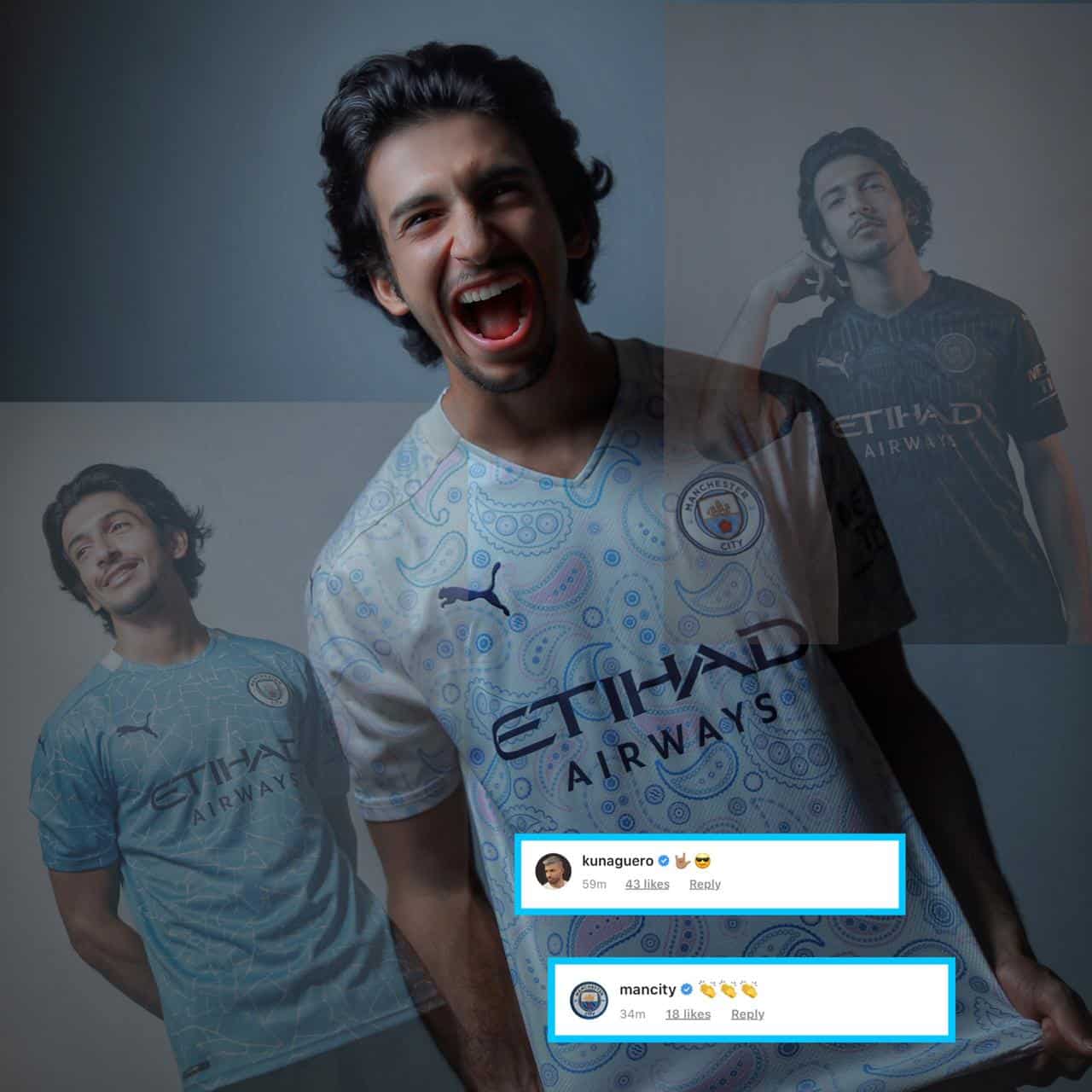 But is being a football agent a realistic profession in India and within Indian football? And how does one approach it?

“The scope is not difficult for a person to become an Agent in India, earlier there were exams but now the All India Football Federation has a standard registration process. One might not need a formal education to become a football agent. However, one needs to first understand what a football agent does and be able to go beyond the line for the player wherever possible.

“There are agents who just do deals and disappear and there are agents who really look after their clients with everything. That is why I separate these two categories of agents. Either you are just a deal broker who leaves the player to one side and only appears when there is a contract renewal or deal to be done or you do what we do, be there for them in every phase of their career, even when the going isn’t easy,” Wilbur says while adding “the primary responsibility of agents is to find their players a club and negotiate the contracts but to be honest there is a lot beyond negotiating a contract.” 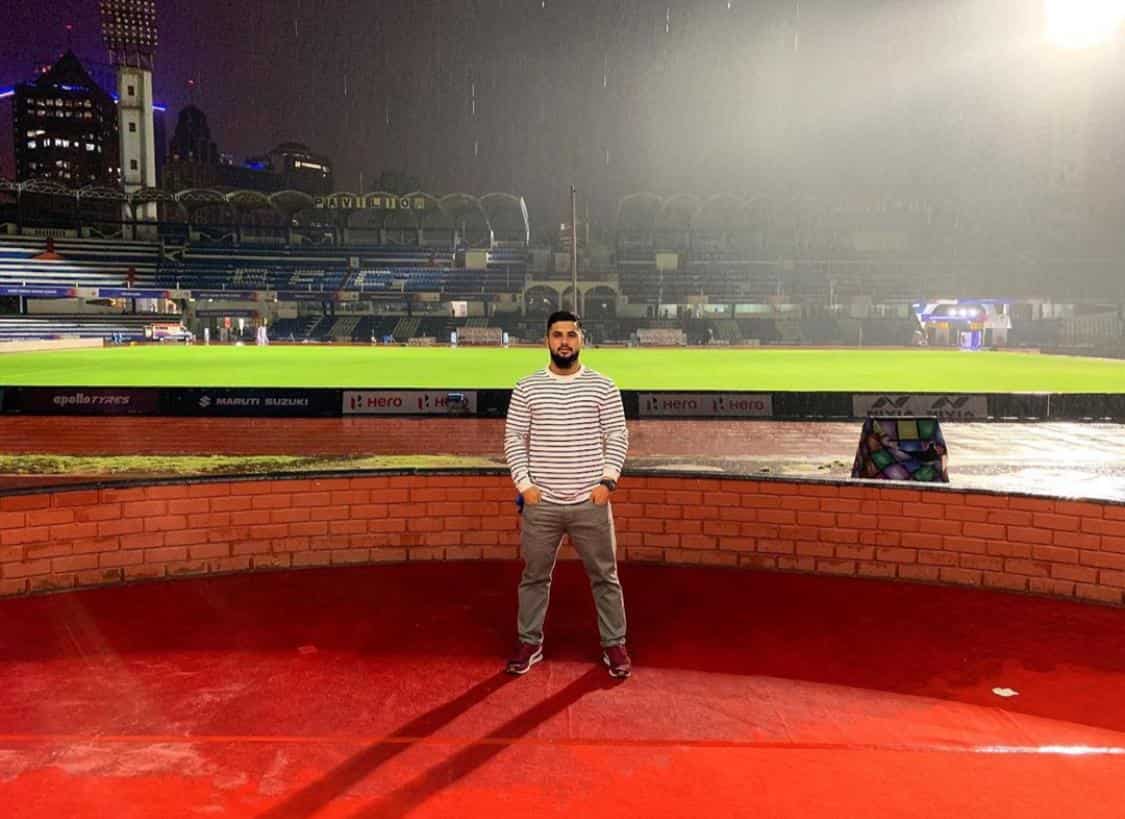 And how has professionalism crept in the Indian footballing setup? Has the introduction of the Indian Super League helped the cause?

“Firstly, it is very important to have strong foundations and vision. One needs to be able to take ownership of the job in hand. One fine example is Bengaluru FC- The club, the players, the staff, the management, the media team, the operations team, the fans, etc. all go hand in hand! No Indian football club, it could be argued, has been run better on a consistent basis since BFC's inception in 2013 which is the reasons why they are the most successful teams in Indian Football,” Wilbur says.

“The ISL has made Indian football more professional and enterprising, both on and off the pitch in every segment to be honest. Thanks to ISL, business is increasing for us agents. I would easily say- ISL has given Sahal and several other players, a huge platform and opportunity to become the player and well-known figure he is today,” he adds. 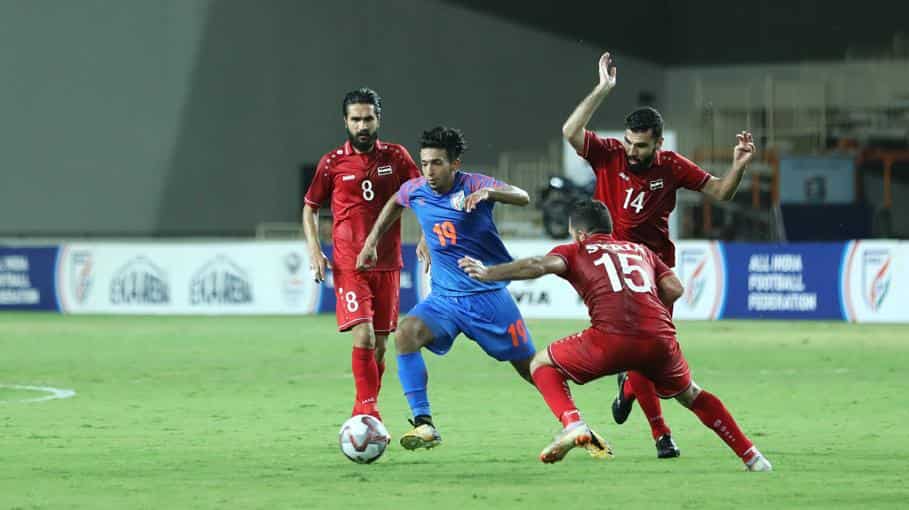 Before concluding, Wilbur gives insights on how an agent deals with critical contract negotiations. The key is to keep your calm and remain positive.

“Firstly, it is about understanding the club’s requirements. We approach the clubs and ask what they are looking for, upon understanding the same we then put forward suitable profiles. Once we attract interest from the club, we then discuss further and take the next steps” Wilbur states.

“It is also crucial that you have a good knowledge of the football market, including what the average transfer fees and wages are, as well as what bonuses different players take home. You need to understand how to position a player, what salary they can command, as well as the needs of clubs, and how to identify whether your client is right for them.

“For instance, does a club have obvious skills or strategic shortcomings? If so, do you have a client that could patch a hole in their team? You cannot give up if a deal does not go through. You will not get all YES, every now and then. There will be a couple of NO” and you got to deal with it. Every agent stumbles sometimes and faces rejection but that is not the end, one needs to keep moving and should be prepared for it,” he signs off.