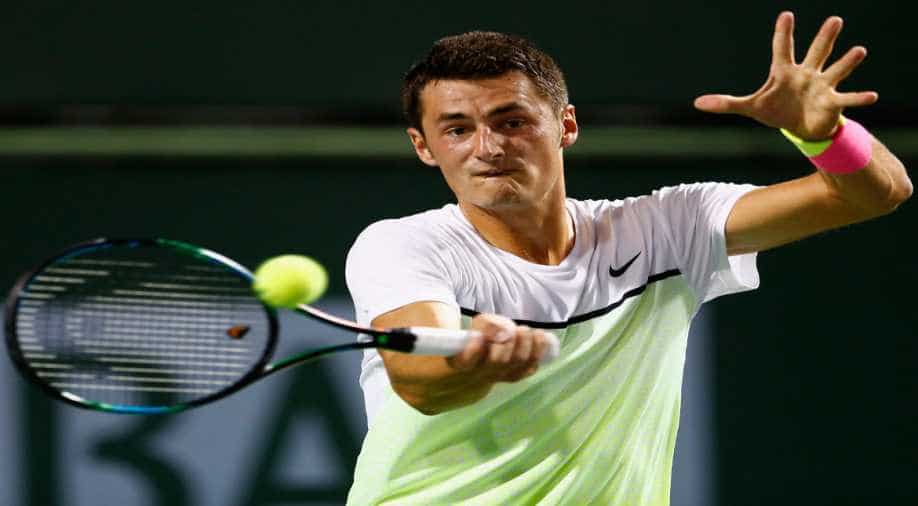 Tomic recently made headlines in Madrid when he turned his racquet the wrong way to face a match point against Fabio Fognini. Photograph:( Getty )

Follow Us
Controversial Australian Bernard Tomic was ordered to apologise today after he used the word "retard" in a Wimbledon press conference.

Tomic's comments were branded as "damaging and offensive" by a learning disability charity as the world number 19 once again found himself in trouble.

The Australian made the comments after being asked how he felt being made to wait for his first round opponent Fernando Verdasco to arrive on court for a match on Wednesday.

"I think he was up in the locker getting something taped. When I left, I thought he was leaving, so I just happened to walk out," said the 23-year-old.

"I did get to the court prior to him very early, and unfortunately I had to stand on court like a retard."

"Time and time again I hear this word used as if it has no effect. People clearly don't understand how upsetting and offensive this is to people with a learning disability like me.

"I am sick and tired of people in high-profile positions who are respected by the public using this word. It can make the public and people who look up to sports stars think it is okay to use words like this when it's not.

"It makes people with a learning disability seen not as people but as second-class citizens, and is no different to discriminating against someone who is gay or black."

Tomic has been plagued by off-court controversies during his career.

Most recently, he made headlines in Madrid when he turned his racquet the wrong way to face a match point against Fabio Fognini.

Tomic later told his post-match news conference: "I don't care about that match point. Would you care if you were 23 and worth over $10 million?"

In July last year, he was arrested in Miami after a wild party in a hotel penthouse suite.

He was dropped from the Davis Cup team and has since opted out of the Olympics.